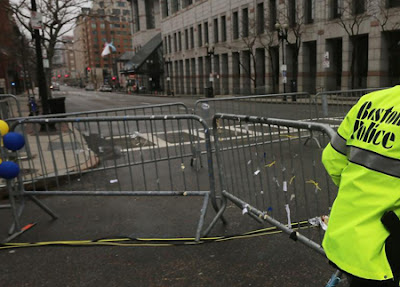 Now and then a case comes along and we're compelled to examine the issue of capital punishment.  Often the subject comes up in an instance where the guilt of the convict is in doubt, or the circumstances of the crime and the criminal give us pause. Perhaps the murderer is barely an adult or someone of such diminished capacity, such sorry chances in life, that we question our state disposition to simply dispose of them. We stop at the thought of what we are doing to the least --to the lowest-- of our citizens.

It's right that these cases give us to deeply consider state slaughter, even in the name of justice. They serve as a premise for valid debate: whether the justice being dispensed is even handed or socially skewed, whether or not the prospect of ultimate punishment serves to deter ultimate crime --these are worthwhile questions. Those who would oppose capital punishment ask them and they turn to their statistical answers, that capital punishment is imperfect as justice, ineffective as deterrence. With each of these visits maybe some small progress is made towards further limiting the practice, and there is some satisfaction for the activists in making it that much harder for the state to simply execute its most undesirable persons.

I've long argued though that the true challenge in contesting capital punishment doesn't present itself with the plight of that occasional somehow sympathetic death row inmate. It's not to be found in some bloodless cost benefit analysis of the practice as a public policy option either. This question resides on another level. It might be a question about law and government and policy, but it's also a deeply personal one each and every one of us has to answer the hard way, honestly. How do we answer the question when we can stare it squarely in the very human face of one we've come to unabashedly despise?

These days we find ourselves presented with just such a face. The senseless murder of three innocent spectators at the Boston Marathon finish line with bombs that maimed and scarred so many more: within days we had the faces of the criminals and then their names. One of them would die in the manhunt that followed upon the atrocity, the other one we captured. But even before that capture it seemed we were set upon a special standing for this particular crime. These murders and maimings were "acts of terrorism," authorities told us, and the pressure cooker home made bombs were "weapons of mass destruction." This conception of the crime, as federal crime, so quickly offered, made way for one very specific possibility. Where the crime was committed here in a state with no provision for capital punishment, taking these crimes as federal crimes allows us to consider killing the man in our custody who committed them.

And who could fault us if we did?

Who can look at the faces of those innocents who died at the bombing scene, the young policeman gunned down days later, the many left so damaged they may never wholly heal --who could look there and not feel rage? --not demand justice? --and, yes, retribution? But this begs another question in turn.  Should we feel any differently when the crime is one of lesser notice, on a smaller scale? Do we feel less for the victims of obscure more ordinary crime? What aspect of this atrocity justifies our killing the culprit where we would spare others?

The sharp and quick answer of course is the terrorism.  There is a political or ideological color to this crime --we're told this by the surviving killer himself, that the bombs were our punishment for the wars we wage in distant Islamic countries-- and with this what reservations we have about capital punishment are put aside. This is not a incident of criminality in a civil society, so the argument goes, this is an act of war. Certain politicians announce that even allowing the war criminal Miranda rights is a dangerously mistaken notion. This is an enemy combatant.

What's striking in all this is how the killer and those who would consider killing him happen to agree --that this particular crime was murder of a special stature. These deaths and dismemberments meant something more because of the ideology that motivated the perpetrators. We might rightly call the Marathon bombings senseless, but it is the sensibility behind them that we would consider punishing with death. One has to notice that in so doing we elevate the craven criminality to the level of warfare, the criminal to the status --as he might frame it in his own mind--of a soldier and a martyr.

Tom driscoll is an opinion columnist, poet, performiing songwriter (let's just say he writes).
Related Topic(s): Bombing; Crime; Justice; Policy; Terrorism, Add Tags
Add to My Group(s)
Go To Commenting
The views expressed herein are the sole responsibility of the author and do not necessarily reflect those of this website or its editors.