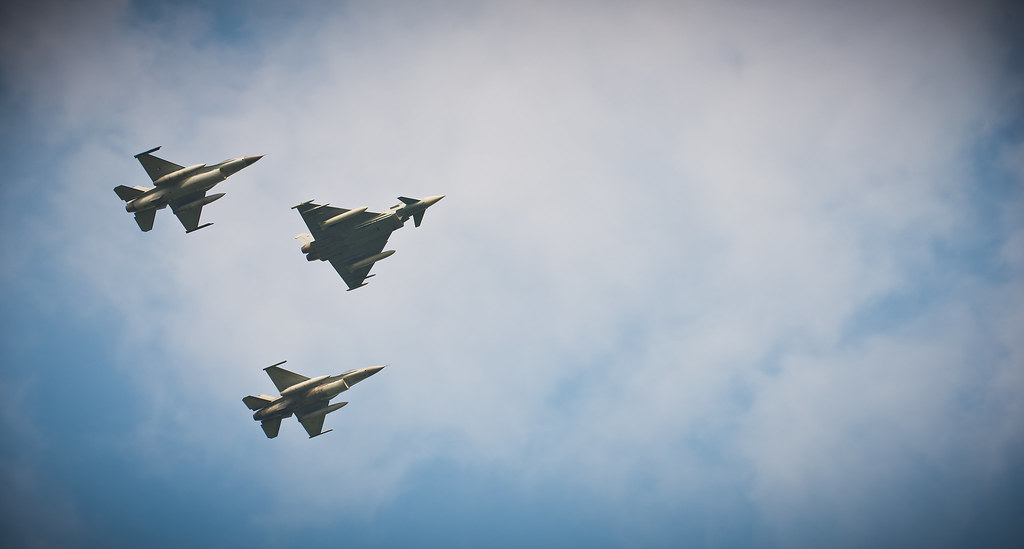 Tony Blinken, Joe Biden's pick for secretary of state, has a vision for the near future of U.S. foreign policy that's appropriately technocratic considering Blinken's ties to a venture capital fund which provides strategic insight for U.S. national security. Blinken, and Biden's team more broadly, aims to advance U.S. imperialist interests in the most pragmatic ways possible, with the goal of reversing the damage that Trump's belligerence towards allies did to American global influence. And the approach to this that they (along with other elements of the D.C. foreign policy technocracy) have settled upon consists of a climate catastrophe-era version of the U.S. military maneuvers from the cold war.

Blinken has stated that he and the new administration will move warfare strategies towards "discreet, small-scale sustainable operations, maybe led by special forces, to support local actors" In ending the endless wars I think we have to be careful to not paint with too broad a brush stroke." This means efforts to selectively withdraw or remove troops in certain areas for the purpose of making it appear that Biden has "ended the endless wars," while intensifying proxy warfare and other kinds of secretive military maneuvers.

This means a replacement of many U.S. troops with Blackwater mercenaries. This means more efforts to support the war that Ukraine's U.S.-installed fascist regime is waging against Russia. This means continued support for terrorist organizations in Syria to wage hybrid warfare against the Assad government. This means a continuation of the U.S. practice of treating Yemen as a proxy warfare battleground with Iran, one sign that Biden's promise to end the war in Yemen can't be trusted. This means expansions of the concealed military operations that the U.S. has been carrying out across Africa. This means more drone strikes, with Trump's policy of not reporting the drone warfare casualties not likely to be repealed under the presidency of the more "decent" Biden.

And these things are just the parts of America's 2020s geopolitical struggle that have so far come to involve direct confrontations. Throughout most other regions, from Argentina to New Zealand to the Arctic circle, the empire is in a perpetual state of preparing for some unprecedented global conflict which has a hypothetical (albeit increasingly substantial) chance to come into being. Africa, Latin America, Europe, the Indo-Pacific, and easternmost Asia are all being militarized as the Bulletin of Atomic Scientists keeps estimating the potential for nuclear war as higher every year.

For the last decade this global military buildup has primarily been a response to the rise of the multi-polar world, with Russia and China taking on the role as the bogeymen. But now we're beginning to see it become increasingly focused on the climate, both in terms of the strategies involved in it and in terms of how it's marketed to the public.

John Kerry, Biden's recently appointed Special Presidential Envoy for Climate, certainly believes this is where the new cold war needs to go. The American Security Project, the think tank that Kerry leads, put out a report last month which says that "climate change provides our global adversaries with a powerful new tool for competition with the U.S." because "Increasingly, climate and energy assistance are used as a new tool of influence by America's Great Power Competitors, particularly China." Also given the threats to the stability of U.S. global military bases that the report notes are posed by global warming, this means Washington must invest more resources into expanding and fortifying its global military presence-especially in the places where the changing climate will make new territories near the north pole accessible.

As Kerry's think tank calls for a massive rebuilding of U.S. military bases, more efforts to counter China in the Pacific, and preparations for war with Russia in the newly-melted Arctic, all while claiming that global warming is what's created the mandate for this, other parts of the imperialist technocracy are also trying to use the climate as a marketing strategy for their geopolitical manipulations. The purveyors of NATO 2030, the project to make Japan, South Korea, Australia, and New Zealand part of NATO within the next ten years, have certainly latched onto this public relations strategy of presenting a "green" imperialism.

NATO 2030 will entail extending the jurisdiction that NATO creates to something beyond a mere military alliance, where the countries under the organization's influence are also subject to internal political control. The important part of this is an environmental dimension, where the war on climate change will be guided by the elites behind the project. Under these circumstances, the war on climate will take on a similar character to the "War on Terror," where the policies of the countries under Washington's sway are subject to the demands of the U.S.-led new cold war.

The purpose of this is to consolidate imperial control, to try to keep this new cold war's fragile alliance from further breaking apart. The economic rise of China and the economic decline of the U.S. are making it more and more of a practical necessity for countries, even U.S. allies, to trade with Washington's greatest rival. The historic trade deal that Washington's Pacific allies just signed with China (which effectively ruins the Biden team's hopes for restoring the Trans-Pacific Partnership) is the latest sign of this. NATO 2030 is the attempt from the imperialist technocrats to keep these Pacific countries under Washington's thumb, and to make them continue to engage in military buildup against China.

It's appropriate that amid the formation of Biden's superficially "progressive" cabinet of neocons, environmentalism is the theme that the propagandists for these projects are going for. The climate crisis is being utilized as a cynical excuse for continuing the march towards World War Three, paralleling the recent efforts from the U.S. military to portray itself as a great asset for the fight against global warming. It's all part of the campaign to obfuscate and conceal the horrifying reality of what American foreign policy means during the era of great-power competition: an endless push towards nuclear holocaust.

Related Topic(s): China; Climate Change; Environmentalism; Imperialism; Military; NATO; Neocons; Propaganda; Technocrats, Add Tags
Add to My Group(s)
Go To Commenting
The views expressed herein are the sole responsibility of the author and do not necessarily reflect those of this website or its editors.