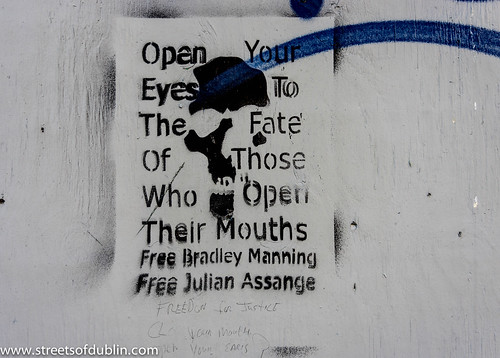 On Saturday, May 4, the International Committee of the Fourth International held the 2019 International May Day Online Rally, the sixth annual online May Day Rally held by the ICFI, the world Trotskyist movement. The rally heard speeches on different aspects of the world crisis of capitalism, and the struggles of the international working class, from 12 leading members of the world party, and its sections and sympathizing organizations around the world.

On successive days, the World Socialist Web Site is publishing the texts of the speeches delivered at the rally. Below is the speech delivered by Chris Marsden, national secretary of the Socialist Equality Party (Britain). On Monday, the WSWS published the opening report to the rally, given by David North, the chairman of the international editorial board of the WSWS and national chairman of the Socialist Equality Party (US).

The fate of Julian Assange, as far as the world's ruling elites are concerned, is presently being decided in Britain.

The full might of the UK's state apparatus is deployed against the WikiLeaks founder to ensure that he is extradited to the United States and silenced forever.

The police snatch squad, which illegally seized him from the Ecuadorian Embassy, delivered him to a judiciary so determined to impose class justice that it is discrediting the entire legal system before the eyes of millions.

On the very afternoon of his arrest, Assange was found guilty of violating the terms of his bail by District Judge Michael Snow in less than 40 minutes.

He was then sent to Belmarsh maximum security prison, known as Britain's Guantanamo, and kept in conditions of near total isolation.

His appearance for sentencing at Southwark Crown Court took place on May Day -- underscoring his status as a class war prisoner.

On that occasion, it took Judge Deborah Taylor less than two minutes to dismiss Assange's central defence -- that he took refuge in the Embassy in order to avoid "kidnap and torture" in the US -- as "unrealistic."

She then accused him of "exploiting your privileged position" and costing "£16 million of taxpayers' money," before vindictively sentencing him to 50 weeks in prison.

The very next day, proceedings were opened on extradition to the US, where, whatever denials are made, Assange faces charges under the Espionage Act that carry the death penalty.

What has this got to do with justice? Nothing.

"Give me the man and I will find the crime," declared Stalin's state prosecutor, Vyshinsky.

Chris Marsden's work can be found on wsws.org, a website dedicated to global awareness of socialist issues & which serves as the forum for the International Committee of the Fourth International (ICFI).
Related Topic(s): Assange Vigil; Extradition; International; Justice; Manning; Wikileaks, Add Tags
Add to My Group(s)
Go To Commenting
The views expressed herein are the sole responsibility of the author and do not necessarily reflect those of this website or its editors.