The world has enough water for 7 billion people, but not if countries waste, hoard, or weaponize it. 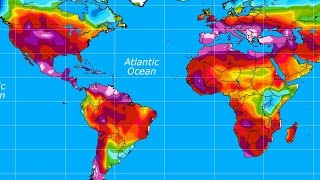 During the face-off earlier this year between India and Pakistan over a terrorist attack that killed more than 40 Indian paramilitaries in Kashmir, New Delhi made an existential threat to Islamabad. The weapon was not India's considerable nuclear arsenal, but one still capable of inflicting ruinous destruction: water.

"Our government has decided to stop our share of water which used to flow to Pakistan," said Indian Transport Minister Nitin Gadkarikin on February 21. "We will divert water from eastern rivers and supply it to our people in Jammu and Kashmir and Punjab." India controls three major rivers that flow into Pakistan.

If India had followed through, it would have abrogated the 1960 Indus Water Treaty (IWT) between the two counties, a move that could be considered an act of war.

In the end, nothing much came of it. India bombed some forests, and Pakistan bombed some fields. But the threat underlined a growing crisis in South Asia, where water-stressed mega-cities and intensive agriculture are quite literally drying the subcontinent up. By 2030, according to a recent report, half the population of India 700 million people will lack adequate drinking water. Currently, 25 percent of India's population is suffering from drought.

While relations between India and Pakistan have long been tense they have fought three wars since 1947, one of which came distressingly close to going nuclear in terms of water sharing, they are somewhat of a model.

After almost a decade of negotiations, both countries signed the IWT in 1960 to share the output of six major rivers. The World Bank played a key role by providing $1 billion for the Indus Basin Development Fund.

But the ongoing tensions over Kashmir have transformed water into a national security issue for both countries. This, in turn, has limited the exchange of water and weather data, making long-term planning extremely difficult.

The growing water crisis is heightened by climate change. Both countries have experienced record-breaking heat waves, and the mountains that supply the vast majority of water for Pakistan and India are losing their glaciers. The Hindu Kush Himalaya Assessment report estimates that by 2100, some two-thirds of the area's more than 14,000 glaciers will be gone.

India's response to declining water supplies, like that of many other countries in the region, is to build dams. But dams not only restrict downstream water supplies, they block the natural flow of silt. That silt renews valuable agricultural land and also replenishes the great deltas, like the Ganges-Brahmaputra, the Indus, and the Mekong. The deltas not only support fishing industries, they also act as natural barriers to storms.

The Sunderbans a vast, 4,000 square-mile mangrove forest on the coasts of India and Bangladesh is under siege. As climate change raises sea levels, upstream dams reduce the flow of freshwater that keeps the salty sea at bay. The salt encroachment eventually kills the mangrove trees and destroys farmland. Add to this increased logging to keep pace with population growth, and Bangladesh alone will lose some 800 square miles of Sunderban over the next few years.

As the mangroves are cut down or die off, they expose cities like Kolkata and Dhaka to the unvarnished power of typhoons, storms which climate change is making more powerful and frequent.

Conn M. Hallinan is a columnist for Foreign Policy In Focus, â€œA Think Tank Without Walls, and an independent journalist. He holds a PhD in Anthropology from the University of California, Berkeley. He (more...)
Related Topic(s): Change; Climate; Storms; World Issues; World Water Crisis; World Water Day, Add Tags
Add to My Group(s)
Go To Commenting
The views expressed herein are the sole responsibility of the author and do not necessarily reflect those of this website or its editors.