If you think you already know the story of Edward Joseph Snowden, the man who leaked evidence of the global mass surveillance programs that the U.S. and U.K. governments have been conducting not just on enemies abroad but on their citizens at home, think again. Very few people know the complexities of the man and his backstory.

As Stone emphasized in person at a screening that I attended, the film is not a documentary and was decidedly fictionalized for dramatic effect. That said, many specifics and incidents are true -- and Stone remained true to Snowden in terms of his intelligence, temperament and reasoning that helped shape the actions he took.

This riveting film -- Stone's latest foray into the dangers and excesses of the National Security State -- has all the ingredients that we've come to expect from the frequent Academy Award winner and nominee. Stone's touch is everywhere evident in the film.

The story that Stone and co-writer Kieran Fitzgerald weaves is compelling. The characters grow and evolve over the course of the film. The score is evocative. Shots are artfully crafted to make a rich movie-going experience. The visuals -- and in one particular sequence, visualizations -- are stunning.

Stone takes us along on Snowden's personal journey of discovery in a film that is anchored by the love story between initially political opposites who grow, change and learn to make sacrifices to protect each other.

The film opens near the end of his story, with Snowden holed up in the Mira Hotel in Hong Kong, awaiting his first rendezvous with activist Laura Poitras and the lawyer-turned-journalist Glenn Greenwald. The film jumps back and forth in time from that "present" to Snowden's past, which proceed in parallel throughout the film.

Snowden had originally tried to join the Special Forces, having been upset by the 9/11 tragedy that befell New York City and by proxy the rest of America. Due to an injury, Snowden turns to his interest in computers, and his technical prowess helps him rise quickly through the ranks of the CIA and brings him to the attention of the National Security Agency at the highest levels.

Like so many Americans, Snowden believed that what the secret elements of our government were doing were benign and necessary, due to the rise of terrorism. Snowden wanted to participate in covert operations and was given the opportunity. But when he realized that covert operations involved compromising people who had committed no crimes just so they could be forced to help the CIA, he had a change of heart and for a time left the agency.

And, the more Snowden learned from his work in America's intelligence services, including the communications-spying NSA, the more he understood that with great power comes a great temptation to use it for evil as well as for good. Eventually, the weight of bearing the secrets he carried caused him to break some oaths in order to honor the higher calling of protecting the American people from unwarranted and unjustifiable surveillance.

In the film, at one point, Snowden gets upset when his girlfriend says so what if the government listens in -- she had nothing to hide. But everyone has something to hide. That's why you have a password on your computer, why your medical records aren't made public, why your taxes stay between you and the IRS (unless, of course, you are running for president, in which case there is an expectation of greater transparency). 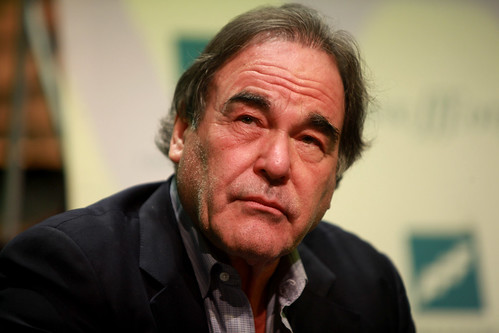 Lisa Pease has been a lifelong activist for progressive issues. She is a published author on the assassinations of the sixties, and has appeared on television and a number of radio shows.
Related Topic(s): CIA; Edward Snowden; Intelligence; People Oliver Stone; Privacy; Spying; Surveillance, Add Tags
Add to My Group(s)
Go To Commenting
The views expressed herein are the sole responsibility of the author and do not necessarily reflect those of this website or its editors.

Democrats at a Clinton-Sanders Crossroad

The Value of Oliver Stone's "Snowden"