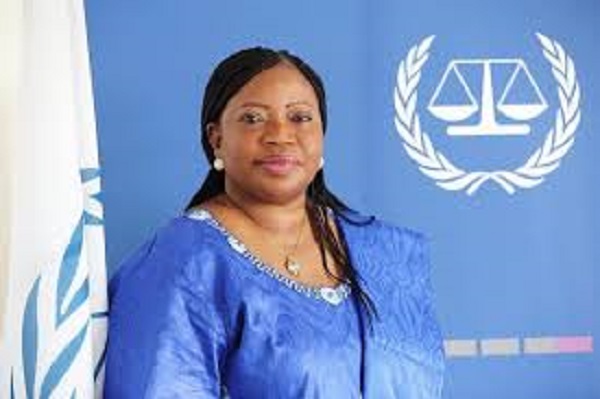 In the near-two decades since the International Criminal Court was set up to try the worst violations of international human rights law, it has faced harsh criticism for its highly selective approach to the question of who should be put on trial.

Created in 2002, the court, it was imagined, would act as a deterrent against the erosion of an international order designed to prevent a repetition of the atrocities of the Second World War.

Such hopes did not survive long.

The court, which sits in The Hague in the Netherlands, almost immediately faced a difficult test: whether it dared to confront the world's leading superpower, the United States, as it launched a "war on terror".

The ICC's prosecutors refused to grasp the nettle posed by the US invasions of Afghanistan and Iraq. Instead, they chose the easiest targets: for too long, it looked as though war crimes were only ever committed by Africans.

Now, the ICC's chief prosecutor, Fatou Bensouda, looks poised finally to give the court some teeth. She is threatening to investigate two states - the US and Israel - whose actions have been particularly damaging to international law in the modern era.

The court is considering examining widespread human rights abuses perpetrated by US soldiers in Afghanistan, and crimes committed by Israeli soldiers in the occupied Palestinian territories, especially Gaza, as well as the officials responsible for Israel's illegal settlement programme.

An investigation of both is critically important: the US has crafted for itself a role as global policeman, while Israel's flagrant violations of international law have been ongoing for more than half a century.

The US is the most powerful offender, and Israel the most persistent.

Both states have long dreaded this moment - the reason they refused to ratify the Rome Statute that established the ICC.

Last week Mike Pompeo, the US Secretary of State, stepped up US attacks on the court, saying its administration was "determined to prevent having Americans and our friends and allies in Israel and elsewhere hauled in by this corrupt ICC".

A large, bipartisan majority of US Senators sent a letter to Pompeo last month urging him to ensure "vigorous support" for Israel against the Hague court.

Israel and the US have each tried to claim an exemption from international law on the grounds that they did not sign up to the court.

But this only underscores the problem. International law is there to protect the weak from abuses committed by the strong. The victim from the bully.