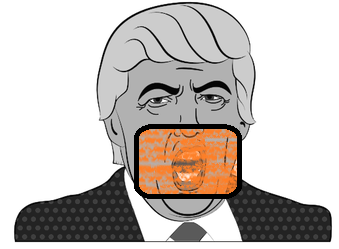 It's been four years since Trump won and the world is still in shock. In 2016, the two major candidates fulfilled the necessary requirements for running for president; they elicited hatred and disgust from most of the voting population. Hillary was part of the establishment and Trump acted like a schoolyard bully with a very low IQ and no morals. He was a narcissist and a sexual predator. At the end of one of the closest elections ever, on November 8, 2016, Donald Trump was elected the 45th US president and "The Trump Era" began. We have never been the same since.

Yet it is the rest of the world that has been most astonished by The Trump Era. Almost from day one, Trump abolished most protocols and norms that all countries hold dear. One such norm, "there is only one president at a time," was trashed virtually the next day when he took to twitter discussing HIS foreign and domestic policy even while President Obama continued in the White House.

That proved to be just the appetizer. The Trump Era has lifted the veil on American Exceptionalism and has shown the real face of America for all the world to see. It's not a very pretty face either, a bit flabby and wrinkly. But take heart Americans, you were never going to hide this vision of the US from the world forever. Trump has merely exposed the obvious.

Since WWII, America has ruled the world. We emerged without a scratch while everyone else was destroyed. We began the second half of the 20th century with an aura of invincibility and omnipotence.

With the Bretton Woods Agreement, the US dollar became the world's fiat currency. Our production capacity cranked out pots and pans, devices of all kinds, cars, trucks, and everything else anyone needed. No standing army could compare itself to the US military. Since then the US has reigned as a superpower. In manufacturing, cutting-edge research across all industries, entertainment, transportation and everything else, we ruled the seven seas. We had an annual GDP superior to all other countries many times over. We were liked by most countries, revered by a few and even idolized by some. It seemed we could do no wrong.

We took the failed League of Nations and created the United Nations. We helped stabilize the world markets, obviously much to our benefit, and kickstarted the global economy. We might have taken things a bit too far at times, agreed, such as Korea and Vietnam, and we supported coups in Iran, Guatemala, Thailand, and Laos in the 1950s, another 15 in the 1960s and so on, but our heart was in a good place most of the time.

After WWII the US owned several mantras of honor; mantras that we are now returning because we no longer deserve them. For example:

We have always been looked at as a financial rock that others can rely on. Since around the 1880s the US has had the largest economy in the world. In fact, it has been said about our finances, "When America sneezes, the world catches a cold." The US economy has been a major world engine throughout the 20th century and into the current one.

Since 1995, China has slowly replaced us as the production plant of the planet and now, our supply-chain system is broken and only China can fix it. To make things worse, our trade relations with them are in tatters thanks to Trump and, according to a Brookings Institute report from August 7, 2020, we have already lost tens of billions of dollars as a result of his stupid trade war with China. They state, "A September 2019 study by Moody's Analytics found that the trade war had already cost the U.S. economy nearly 300,000 jobs and an estimated 0.3% of real GDP... A 2019 report from Bloomberg Economics estimated that the trade war would cost the U.S. economy $316 billion by the end of 2020, while more recent research from the Federal Reserve Bank of New York and Columbia University found that U.S. companies lost at least $1.7 trillion in the price of their stocks as a result of U.S. tariffs imposed on imports from China." Our invincibility is no more.

The US has been known as one of the safest nations on the planet when it comes to the transfer of power from one president to the next. Even during the Civil War, what was left of the country held presidential elections. Trump is the only candidate/president who has openly stated that he would not necessarily accept the results of the election. He has already decried massive voting fraud before the first vote has been cast. Our peaceful transfer of power is in jeopardy for the first time.

This is one of those mantras that has definitely fallen over the years. America has always insisted on respect from other countries. In 1945 that wasn't much of a problem. Since then we have abused this honor and have downright trashed many countries. But before The Donald, the world had to take notice of the US position on world affairs.