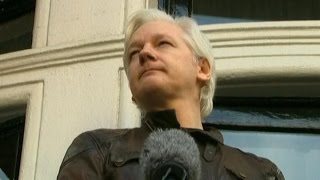 In a few days July 4th will be upon us. We will hear endless nonsense from insouciant speakers and editorialists about what a great democracy we are, having won our freedom from being a British colony.

One thing the United States most certainly is not is a democracy. A democracy requires an informed electorate, and the United States most certainly does not have an informed electorate. The American media, indeed, the entirety of the Western print and TV media, functions as a Propaganda Ministry for Washington and the ruling oligarchies. The explanations are controlled to serve the agendas of the ruling elites. The persecution and torture of Julian Assange proves conclusively that the First Amendment is a dead-letter Amendment.

The vaunted rule of law in the Great American Democracy is a dead-letter rule of law. Since the Clinton regime, America has had four criminal regimes in a row, the presidents and high officials of which are more guilty of war crimes than the German National Socialists who were tried at Nuremberg on ex-post-facto grounds in order to distract from the war crimes of the victorious allies.

Without an honest Fourth Estate it is impossible to prevent a democracy from becoming a tyranny. In America tyranny is far advanced. Suppose that Americans somehow became aware of the truth about Julian Assange's total innocence that has been disclosed by Nils Melzer, UN Special Rapporteur on Torture. What could they do about it, short of violent revolution and complete elimination of the ruling elites?

Formerly, the US Constitution was revered, but today even law faculties and judges see the Constitution as something to find a way around. The vast majority of Americans themselves have no idea that the Constitution is the bulwark of their independence and liberty.

Americans have also lost a sense of unity. Massive immigration has produced a diversity that cannot be united. In the place of unity, we have the disunity of Identity Politics. There are advantages to being preferred minorities and genders that the core population of the country does not have. None of these serious issues will be mentioned in July 4th speeches.

Nils Melzer describes how his investigation of Assange's treatment liberated him from the totally false picture that has been created in order to establish the legal precedent that government crimes against humanity cannot be revealed. In the "American Democracy," the people are not permitted to know.

"In the end it finally dawned on me that I had been blinded by propaganda, and that Assange had been systematically slandered to divert attention from the crimes he exposed. Once he had been dehumanized through isolation, ridicule and shame, just like the witches we used to burn at the stake, it was easy to deprive him of his most fundamental rights without provoking public outrage worldwide. And thus, a legal precedent is being set, through the backdoor of our own complacency, which in the future can and will be applied just as well to disclosures by The Guardian, the New York Times and ABC News.

"Even so, you may say, why spend so much breath on Assange, when countless others are tortured worldwide? Because this is not only about protecting Assange, but about preventing a precedent likely to seal the fate of Western democracy. For once telling the truth has become a crime, while the powerful enjoy impunity, it will be too late to correct the course. We will have surrendered our voice to censorship and our fate to unrestrained tyranny.

"This Op-Ed has been offered for publication to the Guardian, The Times, the Financial Times, the Sydney Morning Herald, the Australian, the Canberra Times, the Telegraph, the New York Times, the Washington Post, Thomson Reuters Foundation, and Newsweek.

Nils Melzer is a Swiss academic, author and practitioner in the field of international law. Since 1 November 2016, Melzer has been serving as the United Nations Special Rapporteur on Torture and other Cruel, Inhuman or Degrading Treatment or Punishment.

This article by Nils Melzer was originally published by Medium.

Related Topic(s): Democracy; Julian Assange Imprisonment; Julian Assange Martyr; Media; Propaganda; Torture, Add Tags
Add to My Group(s)
Go To Commenting
The views expressed herein are the sole responsibility of the author and do not necessarily reflect those of this website or its editors.