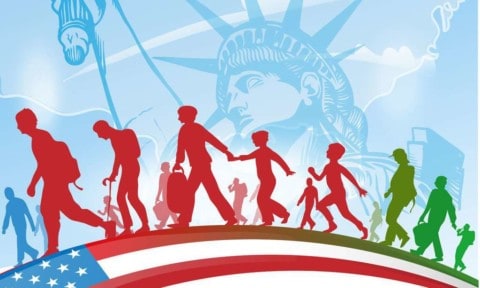 In August, the Trump administration ramped up its next phase in the war on immigrants when it decided to deny green cards or visas to immigrants who rely on public benefits like Supplemental Nutrition Assistance Program (SNAP) benefits, Medicaid, and Section-8 housing.

On Monday, the Supreme Court of the United States (SCOTUS) ruled 5-4 to permit this "public charges" policy to proceed.

The rule was supposed to begin in October but met opposition from federal courts in California, Maryland, and New York, whom Justice Neil Gorsuch rebuked for issuing "nationwide injunctions":

"The rise of nationwide injunctions may just be a sign of our impatient times. But good judicial decisions are usually tempered by older virtues."

Immigrant rights activists were quick to call out his hypocrisy.

"The minute a Democratic president starts issuing regulations that the conservative members of the Supreme Court disagree with, watch them suddenly drop all opposition to nationwide injunctions."

More than 100 companies, including Twitter, Microsoft, and LinkedIn filed an amicus brief Jan. 16, arguing the public charge rule "creates substantial, unprecedented, and unnecessary obstacles for individuals seeking to come to the United States or, once here, to adjust their immigration status," adding:

"Immigrants will receive fewer public benefits under the Rule, they will cut back their consumption of goods and services, depressing demand throughout the economy."

The companies also asserted the rule causes enrollment of health services including the Children's Health Insurance Program (CHIP) to decline.

"The so-called 'public charge' rule is nothing more than a repackaging of demonstrably false and harmful stereotypes about migrants. By allowing it to proceed, SCOTUS is allowing the administration to weaponize xenophobia."

Related Topic(s): Family; Government; Health; Health; Immigrants; Immigration; Medicaid; People; USA; Visa, Add Tags
Add to My Group(s)
Go To Commenting
The views expressed herein are the sole responsibility of the author and do not necessarily reflect those of this website or its editors.