The assertion by establishment Dems (echoed by corporate media) that progressive populism is not a winner is -- in two words -- bovine excrement. 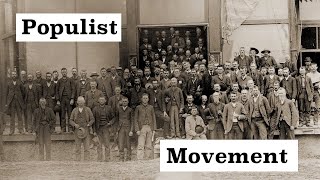 In the past year, we've seen a burst of audacious political assertiveness coming out of Old Dixie, and I'm not talking about those Trumpeteering, tiki-torch-brandishing, tinhorn KKKers the media focuses on. The real story is that a fresh, "Reclaim the South" movement of young African-American populists is emerging, kindling long-suppressed hope in the racially scarred Deep South and offering the possibility of real economic and cultural progress.

Guess who's mayor of Jackson, Mississippi, the state's capitol city? Chokwe Antar Lumumba -- a black, 34-year-old lawyer who was raised in Jackson in a family and community of longtime Black Power activists. Last June, backed by Our Revolution and Working Families Party, Lumumba was elected with 93 percent (!) of the vote, and he promptly pledged to make Jackson "the most radical city on the planet." By radical, he means aggressively innovative in developing policies and programs focused directly on lifting up Jackson's middle-class and poor residents, rather than adopting the failed trickle-down model of nearly every other city. For example, instead of giving away government subsidies to lure rich corporations, Lumumba is trying to make the city a national showcase of home-grown cooperative enterprises owned by the people themselves.

In August, the incumbent mayor of Birmingham, Alabama -- an old-style, don't-rock-the-boat politico favored by the city's power brokers -- thought he was cruising to an easy re-election. Then wham! -- an underdog populist challenge by 36-year-old African-American attorney, Randall Woodfin, stunned the city powers with a first-place showing that forced the mayor into an October runoff. Woodfin, a city prosecutor and school board member, went on to defeat Birmingham's corporate and political establishment by winning the mayorship with 58 percent of the vote. He did it by proposing an all-out populist agenda, building a broad coalition of local progressive activists and running a dogged ground game with the full support of Our Revolution, Working Families Party, and other national groups. Our Revolution, for instance, deployed some 70 volunteers to help in the runoff and sent more than 11,000 text messages to voters urging support for Woodfin.

Likewise, other full-bore, African-American populists won big in races for local offices across the South, including:

--Braxton Winston, a young community activist and battler against rampant inequalities in the enforcement of justice in Charlotte, NC, won a City Council seat.

--And La'Shadion Shemwell, a 30-year-old barber and Black Lives Matter proponent, pulled 57 percent of the vote in his extraordinary run for a City Council seat in McKinney, Texas. The suburban city on Dallas's north side had long been considered a safe Republican bastion.

The nationwide progressive offensive in 2017 produced other ground shifting results such as many victories by millennials (five elected to the State House in Virginia alone); victories by immigrant candidates, including in Somerville (MA), Helena (MT), and Minneapolis; a rebellion in previously red suburbs; and (4) several wins by openly transgender men and women including House of Delegate (VA), several City Council seats and even a few seats on local school boards. Victories like these are proliferating because immigrant populations are growing, the LGBTQ community has become more readily excepted, Trumpism and GOP extremism are turning voters off, a rapid and relentless downsizing of the middle class is altering attitudes, and serious grassroots political organizing by Our Revolution, Democratic Socialists of America, Working Families Party, and other progressive groups is making a difference.

We can draw two big lessons from these wins in the "red" South and victories by others previously counted out of the status quo: progressives with a full-throated populist message (Medicare for All, a $15 minimum wage, corporate money out of politics, etc.) can win nearly anywhere; and the assertion by establishment Dems (echoed by corporate media) that progressive populism is not a winner is -- in two words -- bovine excrement.

Related Topic(s): Class; Millennials; Progressives; Revolution; Southern Strategy, Add Tags
Add to My Group(s)
Go To Commenting
The views expressed herein are the sole responsibility of the author and do not necessarily reflect those of this website or its editors.