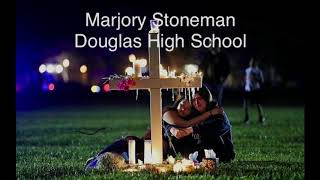 Readers have inquired about my silence about the Florida shooting on Valentine's Day. The answer is that school shootings are not my expertise. Moreover, a country, such as the US, which no longer has an independent TV and print national media, is unable to find out and is dependent on the story told by authorities. Although it is probably impossible to find out what happened, independent Internet media makes it possible for persons willing to invest the time and effort, to arrive at a conclusion on their own. Here are some of the things to think about.

A Parkland FL Stoneman Douglas high school teacher says the school had been told there would be a code red drill. When he heard shooting, he assumed it was the drill.

A woman, Debbie, provides videos of reporters interviewing students who say they were told there would be a drill with police firing blanks with people screaming, the purpose of which was to prepare the students in the event a real shooting occurred. At about the 28-minute mark in the video, Parkland FL high school students tell news reporters interviewing them that they were told there would be a realistic drill at the school that would simulate a real attack.

I do not know anything about Debbie. It is important to note that it is not Debbie who is making the claims. The interviews with the students are interviews broadcast by news organizations.

Debbie's video could have been better organized, much shorter, and less confusing. Instead of preparing a concise report beforehand, she prepares her report as you watch. At the 55-minute mark Debbie becomes emotional over the gullibility of the public and the inability of Americans to see the inconsistencies between the official timeline and news reports and the inconsistencies between the evidence the media presents and the media's explanation of the evidence.

There is no doubt about the inconsistencies. Whether this is just sloppy reporting or simply reporters reading the official story off of pre-prepared press releases I do not know.

There is no doubt that the video interviews with school teacher and students who say they had been told there would be a code red drill are real. What I find disturbing is that there does not seem to be mention of the drill in the official story. Remember the Boston Marathon Bombing. That day the Boston newspaper had announced that there would be a bombing drill at the end of the race, and in videos of the event an announcement of a drill is made at the scene just prior to the explosion, which the announcement says will not be a real bomb.

Other puzzling features of the Parkland FL shooting are...

(2) Students seem to think that police were in the building while shooting was underway.

(3) Apparently there is no news interview with the Uber driver who delivered the shooter to the school.

(4) The timeline, which allows only a few minutes for the shooting, is not sufficient time for the suspect to have put on his bulletproof vest, helmet, gasmask, go up a stairwell and shoot up three different floors.

What I have to say about this is the same as what I have said about other events. Instead of clearing up the inconsistencies and acknowledging that a drill had been announced, the media dismisses those who ask the obvious questions as conspiracy kooks. In place of rational explanations we get name-calling. Why?

What is so difficult about the authorities and the media explaining either that the teacher and students misunderstood and are mistaken that a drill had been announced, or, alternatively, explaining why there are several instances of an actual event occurring simultaneously with an announced drill? A person would think that the print and TV media would find a very interesting subject in real events occurring simultaneously with drills of the events, including apparently 9/11 itself, and how facts are known in advance of the actual event.

Instead, once again we get a pre-prepared story. In this one, timeline problems are reminiscent of the BBC reporter standing in front of a still standing World Trade Center Building 7 on September 11, 2001, announcing that the unexpected collapse of the building had occurred -- 20 or 30 minutes before the event.

Many Americans are so brainwashed and so gullible that they are not capable of seeing that the evidence completely contradicts the official stories that they are fed by the authorities and the presstitutes. Dr. Lorraine Day was chief of trauma surgery at San Francisco General Hospital. She has completely and totally discredited and disproved the official Boston Marathon Bombing story. See here.

Sheila Casey uses photos from the alleged bombing scene to make it completely clear that the Boston bombing was a staged hoax by hired crisis actors.

Architects, engineers, and physicists have conclusively proven that WTC 7 was brought down by controlled demolition and that the twin towers did not collapse because of airplanes and fire.

Almost all, if not all, of the carnage events have more unanswered than answered questions. You should ask yourself why the questions remain unanswered if the official stories are true.

Related Topic(s): Media; Questions; School Shooting; Students; Video, Add Tags
Add to My Group(s)
Go To Commenting
The views expressed herein are the sole responsibility of the author and do not necessarily reflect those of this website or its editors.