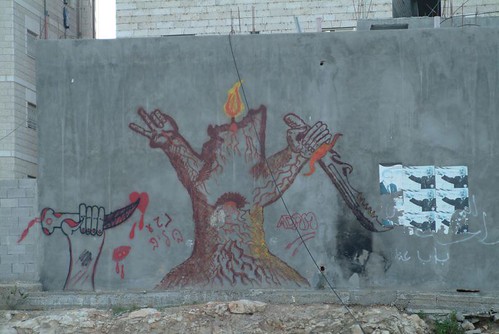 Part I -- The Misuse of Anti-Semitism

First, the Zionists are deceitful because they purposely conflate Zionism which is an ethnocentric political ideology adhered to by a subset of Jews, with Judaism, a multi-ethnic and multi-cultural religion. Then they insist that Israel's allies -- particularly the United States -- adhere to this same propagandistic conflation.

Second, this deliberately instigated error is an attempt to stave off criticism of the Israeli state and its policies toward Palestinians. Those policies are harsh and include segregation, ethnic cleansing and other apartheid-style acts of discrimination. By insisting that (1) the political ideology that promotes and rationalizes this behavior is an expression of religion of Judaism and therefore (2) criticism of these policies is the equivalent of anti-Semitism, the Zionists insist that Israeli state behavior is sanctified by the religion. This is a direct attack on the ethical standards of Judaism, hence the moral degradation. The tactic also undermines the gravity of the charge of anti-Semitism due to chronic misapplication by the Zionists.

Let's take a look at the background of this situation.

First, the sad truth is that Israeli state policies result in racist behavior towards the Palestinians.

The noted journalist Jonathan Cook, who covers Israel and Lebanon as a freelance reporter, has concluded the Palestinians "are viewed as an unwelcome, surplus population that serves as a demographic obstacle to the political realization of a Greater Israel. The severe economic and military pressures Israel imposes on these Palestinians are designed to engineer their incremental displacement, a slow-motion ethnic cleansing."

This observation has been confirmed by the recent report put out by Israel's most respected human rights organization, B'Tselem, entitled "A Regime of Jewish Supremacy from the Jordan River to the Mediterranean Sea: This Is Apartheid." Among other points, the B'Tselem report demonstrates that "in the entire area between the Mediterranean Sea and the Jordan River, the Israeli regime implements laws, practices and state violence designed to cement the supremacy of one group -- Jews --over another -- Palestinians."

Second, Israel and the Zionists insist that criticism of Israeli state policies is anti-Semitism.

Here is the most recent, admittedly rather absurd, example of the Zionists' obsessive misuse of the charge of anti-Semitismin this case directed toward a joke told on U.S. national television.

On February 24, the satiric comedy show, Saturday Night Live (SNL), joked about the Israeli discriminatory distribution of COVID-19 vaccine. It went as follows: "Israel is reporting that they vaccinated half of their population," said the comedian Michael Che, "and I'm going to guess it's the Jewish half." It is not a hilarious sort of joke, but it is attention-getting in a way that draws a smile and an affirmative nod. This is because those in the know, know it is close to the truth, but like the skeleton in the closet, it is not supposed to see the light of day.

The immediate response by American Zionist organizations and spokespeople was, as the saying goes, over the top. The American Jewish Committee (AJC) declared that "Saturday Night Live's 'joke' is dangerous, a modern twist on a classic anti-Semitic trope that has inspired the mass murder of countless Jews throughout the centuries." This description is such an exaggeration that it smacks of a guilty conscience.

The AJC also said that the assertion that Israel had only vaccinated that half of the population that is Jewish is "untrue." If you are only counting Israel proper (1948 Israel) the AJC is technically correct. However, if you include the Occupied Territories, which Israel claims to be part of the Jewish state, it is absolutely true that Israel has been holding back on supplying vaccines to the bulk of the Palestinian population -- they have transferred only about 5,000 doses for a population of almost 5 million and interfered with the Palestinian Authority's own efforts to import vaccines. So whose "mass murder" are we really talking about?

Related Topic(s): Israeli Attacks On Gaza; Israeli Abuse; Israeli Government; Israeli-palestinian; Palestinian; Zionists, Add Tags
Add to My Group(s)
Go To Commenting
The views expressed herein are the sole responsibility of the author and do not necessarily reflect those of this website or its editors.