A bit over a year ago I wrote a column on Trump and Foreign policy, entitled "Trump: The 'Shift' and the Ruling Class." In it I said that:

"Trump has made a major shift in the last couple of weeks, as just about everyone watching knows. In foreign policy, he has gone very quickly from 'America first' to the American military first and intervening in foreign wars first. In recognizing (more likely accepting than really understanding what is going on) he has gone from NATO-critic to NATO supporter. Most importantly he has gone from "man, Putin is the man" to 'Russia? Friend? Are you kidding me?' "

As is well-known, in recent weeks Trump has made the shift back to his original "America First" position, which seems to include bashing, if not smashing NATO, savaging the U.S.' principal trading partners verbally, and beginning to enter into a "trade war," both with the U.S.' closest allies and its principal trading partner, China. Further, the bromance with President Putin of Russia is back on, seemingly in full force. What is going on here? 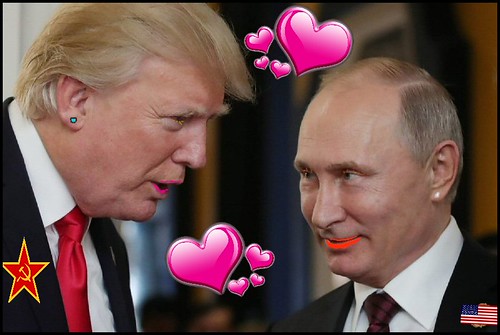 Well, from Trump's side, at the beginning he was apparently being persuaded by such folk as former Secretary of State Rex Tillerson to follow a fairly conventional post Word War II foreign policy, which has brought so many benefits to the capitalist class in the U.S. NATO and the associated military spending in particular has been of enormous benefit to many ruling class sectors. In fact, military spending, amounting to more than a third of total world military spending, is a major prop to the domestic economy in the U.S. The military industry has been very clever in that regard, having some aspect of military expenditures placed in the district of almost every member of the House of Representatives.

But now, as I noted in a recent column, he has reverted to campaign mode, particularly on relations with those nations which have been the closest allies of the U.S. since the end of World War II. And he has done that very clearly with an eye on the 2018 mid-terms. For among other things, should the Repubs. lose the House, Trump will be facing someone much more dangerous to him that Bob Mueller (who he could in extremis fire). That of course would be Adam Schiff, the then-incoming Chair of the House Intelligence Committee. Trump cannot fire him and man, he wold be loaded for bear. So, Campaign Mode it is, the interests of the U.S. ruling class (which had never accepted Trump as a member anyway ---- among other things, too many bankruptcies) be damned.

Now it has been known since the Republican primaries that Trump is a bully, a businessman about whom the word "shady" would be by some considered a mild epithet, a man with a clearly authoritarian streak, a documented liar, a man with some serious questions about his personal if and character, and so on and so forth. BUT, using his four principal "isms"/phobias, racism, Islamophobia, xenophobia, and homophobia (very quietly) he could "rally the crowd." The "principal four" have been at the center of Republican ideology for decades, but with dog whistles. But this man brought them out in the open --- and he didn't fade away. He just got more popular.

As Paul Krugman put it most succinctly:

"For a long time business seemed to have this game under control: win elections with racial dog whistles, then turn to an agenda of tax cuts and deregulation. But sooner or later something like Trump was going to happen: a candidate who meant the racism seriously, with the enthusiastic support of the Republican base, and couldn't be controlled."

"Well, a Deal has been made. The leading members of the economically dominant sector of the ruling class, including at least some members of his cabinet, likely have the goods on Trump, enough goods to lead to impeachment, even by a Republican-dominated Congress. But, they like his strong regulation-destruction policy. They didn't like his foreign policy. They do now. Since they have had so many tax cuts since Reagan, even though they didn't get the ones that were snuck into the failed Trumpcare, they decided that they can wait on further tax cuts. As long as he is a good boy on the issues central to their corporate interests, they will leave him in place. And they don't care if he burnishes his reactionary credentials on the backs of the undocumented immigrants, the African-Americans, the poor, the LGBTQ community, and so on and so forth."

Now it is clearly coming undone, on trade, tariffs, NATO, (not U.S. military spending overall --- for Trump is vastly increasing it), and what has been known since the end of World War II as the "Western Alliance." What it has really been is the foundation for the Post World War II U.S. Empire-without-having-to-physically-control-territory. And that is something that the U.S. ruling class is absolutely NOT going to give up. It has been much too profitable. 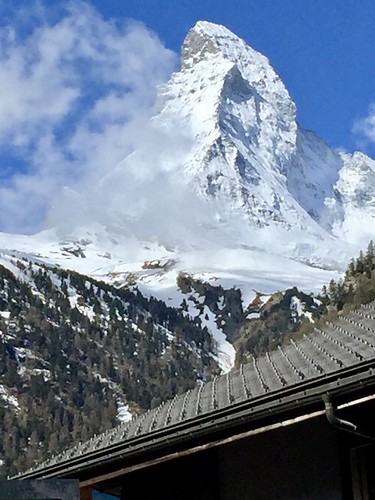 .But neoliberalism does work, it just doesn't do what it's supposed to. It might not be good for the population at large, but it has facilitated a massive upward redistribution of wealth --the poor are scrubbed clean of everything; the rich drink it up..
(Image by anokarina)   Details   DMCA

And so, the U.S. ruling class has a three-way choice. They can wait him out and see if he returns to the ruling-class friendly mode. That is highly unlikely, at least until after the fall elections, by which time much damage will have been done. They can seriously attempt to modify his polices, through their allies in Congress, starting with Mitch McConnell. Or they can turn on him, knowing that the Dominionist Mike Pence would be a much more reliable occupant of the White House.

After all, as is well-known, their two most cherished objectives have been reached: the massive tax cuts for the rich and the large corporations and "deregulation," otherwise known as Steve Bannon's "deconstruction of the Administrative State." After all, when the most prominent avatar of the latter, Scott Pruitt, had gotten the bulk of the dirty work (literally) done, but was becoming an ever-increasing embarrassment, they got rid of him, didn't they.

As noted above, the ruling class has got the goods on Trump., and they don't need Mueller to get them. John Brennan, the former Director of the CIA, said as much on television (more than once). As I have said before, I think that when things get too hot, Trump will resign (after pardoning himself, knowing that he has a Supreme Court that will let him get away with that --- especially if Brett Kavanaugh is on it [note, I wrote this before Trump's announcement of his pick]), and set up his own openly fascist party (without the label, for sure), with Steve Bannon as his consigliere. But if he continues on this election-campaign-driven policy the ruling class will not tolerate this guy. And he will have to go, one way or another.

Steven Jonas, MD, MPH, MS is a Professor Emeritus of Preventive Medicine at StonyBrookMedicine (NY) and author/co-author/editor/co-editor of over 35 books. In addition to his position on OpEdNews as a "Trusted Author," he is a Senior Editor, (more...)
Related Topic(s): Class; Class Politics; Class War; Deregulation-Regulation; Donald Trump; Donald Trump Campaign; Donald Trump Lies; Donald Trump Narcissist; Donald Trump Racist; Fascist; (more...) Immigrants; Impeachment; Krugman; Putin; Racism; Ruling Elites; Tariffs; Undocumented, Add Tags  (less...)
Add to My Group(s)
Go To Commenting
The views expressed herein are the sole responsibility of the author and do not necessarily reflect those of this website or its editors.