All Presidents have had to look over their shoulders at domestic politics when determining foreign policy. But usually those looks are in the context of determining restraints on what the particular President would like to do. And so, there were McKinley and the invasion of Cuba; Wilson and entry into World War I; Roosevelt and the entry into World War II; Truman and the UN/the Marshall Plan/NATO, and the Korean War; Kennedy and Cuba; Johnson and Viet Nam; Reagan/Bush 41 and bringing the 75 Years War Against the Soviet Union to a successful conclusion; Clinton and Yugoslavia; Bush 43 and Afghanistan/Iraq; Obama and trying more quietly to promote US imperial interests while at the same time trying to clean up messes left behind. But in all of these cases, Presidents were attempting to persuade sectors of the U.S. public to support a given foreign policy or were fighting opposition to that policy.

With Trump and the Trumpites, we have something entirely different. First of all, Trump knows little about foreign policy (just like he knows little about the operations of most sectors of the U.S. government). Second of all, he has no connections with the U.S. foreign policy establishment. Nor does he care to make any such connections. Just look at his picks for the most important foreign policy positions in his cabinet, for the CIA, and for the National Security Council. Third, and perhaps most important of all, Trump's foreign policy decisions for the most part are not governed by aspects of/problems with foreign policy and its effects on the foreign and domestic interests of the United States. Rather, they are very much related to what in the foreign policy arena Trump promised on the campaign trail. Of course, for the most part those promises either made little sense in terms of what U.S. foreign policy has been since the end of World War II or made little sense, period. But they all served Trump's electoral agenda, and now the nation is dealing with them.

First on the grand scale, there is the myth of the great benevolence of U.S. foreign policy for the world since the end of World War II, the establishment of the interdependent world-wise economy, of the promotion of democracy, of the maintenance of the "defense of Europe," of what its promoters supporters call "The American World Order," which its many supporters refer to as the best thing since sliced bread. Well, it is based on myth: from the ignoring of the time and money spent on winning The 75 Years War Against the Soviet Union, to the undermining of democracy in so many countries from Guatemala (1954) to Chile (1973) to Venezuela (currently); to the myth of the "defense of Western Europe" against a Soviet Union which was hardly going to go to war against the world's greatest military power after losing 26 million people in World War II and having 2/3rds of its economy destroyed; to the domination of the world's economy by the U.S. dollar, which by itself is enormously profitable to the U.S. banking system; to the 700-plus U.S. military bases around the world, which no one never seems to mention; to a central focus of world-wide U.S. military and intelligence policy: the prevention of the peaceful development of socialism in any country, to the extent possible.

And so, it hasn't been so great for many of the world's peoples. But it has made the U.S. Inc. a very profitable enterprise for many U.S. and many other wealthy people in other countries. Indeed, it is the grandest imperial enterprise the world has ever known, without the necessity of occupying territory in order to achieve it. 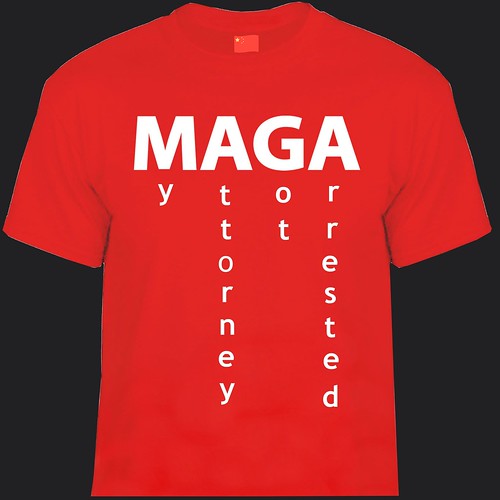 But then along comes Trump. He is running in the primaries against the cream of the current Republican political establishment. He is a nobody, politically. And so he has to distinguish himself. And he does it to a fare-thee-well, as is well known, with his xenophobic and Islamophobic rhetoric. He rails against the members of NATO as short-changers of the U.S. The rails against the European Union, supports Brexit, is sympathetic to far-rightist European politicians (France) and governments (Poland, Hungary, Turkey). He goes back and forth on China. But he turns on the United States' closest economic and military allies in the G-7. As for Russia, Trump wants to bring the election-meddler (in the U.S. and a variety of European countries) back diplomatically, into the G-8. And so on and so forth.

And then there is what is currently going on at the border with Mexico (so say nothing of Trump's larger "build-the-wall-it-will-solve-all-problems" policy). The Trumpites, in this case led by both Trump himself and the violently xenophobic Stephen Miller, are engaging in behavior, with the children, that is publicly turning off even some Republicans. For the practice of intentional cruelty is similar to, for example, the practice in the early days of Nazi Germany enforced by members of Hitler's private army (until July, 1934 when it was absorbed into the national Army), the Sturmabteilung (SA), of forcing Jews, on their hands and knees in the street, to clean paving stones with toothbrushes.

It happens that there is a clear warning from Trump on the use of intentional cruelty, a la Miller: "enemies of mine, beware. If you think what I did at the border was cruel, you ain't seen nothin' yet." Further, what the Trumpites don't realize (or maybe they actually do and want it, for down the road), they are in the process of creating an incubator for future terrorists. Finally, of course the tactic is a superb Trumpian WMD, Weapon of Mass Distraction (as the Mueller/Southern District of New York [see Mike Cohen] ring gets ever-tighter).

Of course, Trump, practicing the Roy Cohn/Lee Atwater "always attack; never defend" response, blames the situation on a mythical law and the Democrats. Of course, it there were such a law, it would have to be ambiguous and he could easily issue an executive order ending the whole thing. An executive order you might say? Wasn't he against executive orders because Obama used them on major issues? Well, yes, but he wasn't against them when he issued the Muslim Ban.

And then there's Jefferson Davis PGT Beauregard Sessions' use of a Biblical quote to support the policy. Funny, but I have never noticed the words "God," "Christian," "Bible" or any such in the Constitution, but maybe they are there somewhere. I doubt it though. For if they were Sessions surely would have cited the reference. This whole thing with Sessions is a major issue demonstrating that Dominionism --- "God" stands above the Constitution --- is at the heart of this Administration's ideology even before the Dominionist Mike Pence becomes President. Once again, it is tilting a justification for a foreign policy towards a domestic political need: keeping the Christian Right happy, with the use of Dominionism to justify the child-ripping policy.

So a lot of this just doesn't seem to make sense. Until one looks at it in the context of the Trump campaign. The slogans and sayings are well-known: "America First;" "Make America Great Again;" "Mexicans are rapists and murderers;" "Muslims all hate us and were behind 9-11;" "NATO cheats us;" "foreigners steal American jobs;" "Build the Wall and Mexico will Pay for It;" "Lock her up;" and so on and so forth. Trump did have a limited number of slogans/sayings. When one is running the kind of campaign he did, "keep it simple, stupid" is a very good principle to run on.

If one then looks at the various policies: on immigration, on refugees, on tariffs, on trade, on Mexico, on protectionism, on attacking the U.S.'s closest allies, it all begins to make sense. They are all related in one way or another to Trump campaign slogans. There is not any coherent foreign policy, at least in terms of one that serves the over-riding interests of the world's dominant imperial power, because he never articulated one. It's primarily all for the Far Right-wing Show, just as the Trump campaign was. As for Korea, so far for Trump it's all for show too. How do we know this? We knew it when Pompeo said that there will be no easing of sanctions until the DPRK "completely denuclearizes" (undefined), destroys all of its ballistic missiles, and so on and so forth. That statement was not widely noticed in the euphoria in the Republican ranks here and among some Leftists too, but as long as that is the U.S. position, there will be no deal or even the potential for one, that is unless the DPRK is suicidal.

And so, all of a sudden, the Trumpite foreign policy does make a ton of sense in its own terms. Just as long as one knows the limited number of campaign slogans on which it is based.

Steven Jonas, MD, MPH, MS is a Professor Emeritus of Preventive Medicine at StonyBrookMedicine (NY) and author/co-author/editor/co-editor of over 35 books. In addition to his position on OpEdNews as a "Trusted Author," he is a Senior Editor, (more...)
Related Topic(s): Bible; Campaign 2016; Campaign Funds; Campaign Promises; Campaign Related; Campaign Rhetoric; Cruelty; Dominionism; Dprk; Foreign Affairs; (more...) Foreign Policy; God; Protectionism; Republican; Trade, Add Tags  (less...)
Add to My Group(s)
Go To Commenting
The views expressed herein are the sole responsibility of the author and do not necessarily reflect those of this website or its editors.