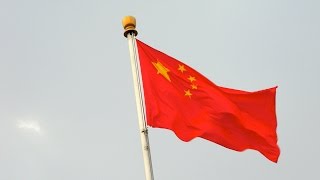 The rise of China and the inevitable decline of America
(Image by YouTube, Channel: ANU TV)   Details   DMCA

Martyanov's book is, in a way, two books. One is about the revolution in military affairs that has left the United States behind. The other is about the self-medicating and propagandistic version of reality that Americans mistake for reality. Martyanov convinced me that the Pentagon's war planners need to upgrade their understanding of war and how to conduct one, but I found more interesting the fake reality supported by controlled explanations from which Americans seem unable to escape that is described in the other part of his book. It turns out that it is not only the insouciant general population but also the ruling elites themselves who are locked in The Matrix.

Slogans masquerade as ideas. The media is devoid of integrity. Fantasies such as Russia-gate, Saddam Hussein's weapons of mass destruction, Iranian nukes, Russian invasions, Venezuela represented as "a threat to American national security," Western Democracy in which voters decide nothing, self-regulating financial markets -- really the fantasies are endless, and they leave America as the blind man of the world.

Martyanov concludes that "the unipolar world is over," but the neoconservatives don't know it or don't accept the fact; that "American liberalisma euphemism for imperialism" has run its course; that the race and gender splits fomented by Identity Politics and the economic split between the 1 and 99 percenters has left the United States as an unstable polity with unstable policies.

A country with instability on the American scale tends to unleash wars, and wars have been the sole activity of the US in the 21st century, leaving "a trail of destruction, suffering, refugee camps and death on an industrial scale." Consequently, the rest of the world is organizing to put a halt to Washington's aggression and violent overthrow of countries.

With America unable to produce leadership, handicapped by inferior weapons systems, and left behind by the revolution in military affairs, the neoconservatives drowning in their own arrogant hubris could easily foment a conflict that will leave America in ruins.

Related Topic(s): America; Military; Neoconservatives; Revolution; Wars, Add Tags
Add to My Group(s)
Go To Commenting
The views expressed herein are the sole responsibility of the author and do not necessarily reflect those of this website or its editors.