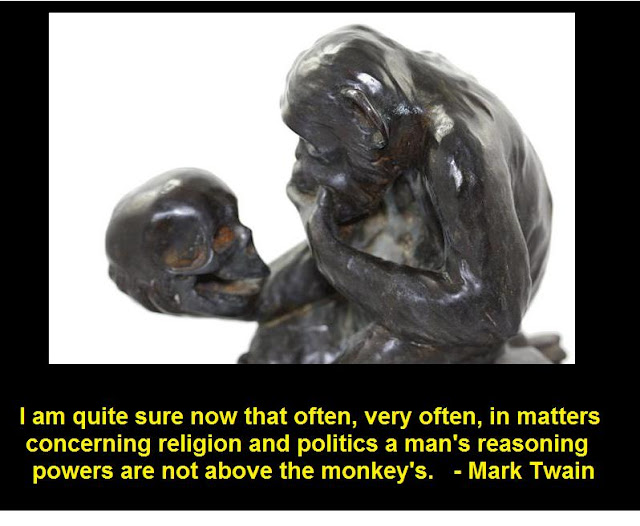 I won't lie: I had a hell of a time writing this. Oh, it was fun, to be sure, because any situation involving the Christian Right always comes with its own form of amusement. In fact, it seems that the CR holds dear the maxim "we've made a religion out of entertainment and an entertainment out of religion." But this time, I was torn between the ridiculous and the just plain disgusting: on one hand knowing that the CR reacted ridiculously and on the other that the CR reacted so viciously that "Christian" had no business being part of its label.

The decision handed down by Federal Judge Vaughn Walker about the Right's ban on same-sex marriages in California hit every nerve in the body of the CR. I'm sure that remarks about his sexuality will be the least bothersome to him. And while I haven't yet read about death threats, it goes without saying that there will be some. You can't be that stupid to think that if you say that his decision will bring about Armageddon, no one will get out their crayons and scrawl a note.*

Such is the fine line between comedy and tragedy in this case: we laugh and cry at the same time at the Right's handling of the case/trial and of its reactions. The plot of the Prop 8 play had so very many twists and turns, so many elements: religion, politics, deceit, ineptitude, money, fear, power and greed. And pathos (in the form of love fighting hate) hung in front of them like some dingy scrim. Certainly from the Left's point of view, it was a "tale told by an idiot." The CR cobbled the script together with snippets of ideologies they thought everyone wanted to hear while they paid no attention to the laws and mores protecting a diverse (and secular) society. Some unschooled people of the audience fell for all the machinations, while most looked on in amazement because the clueless CR wound up portraying itself: reactionary, ruthless and lacking reason.

At this point, we have to ask ourselves what drugs the Protect Marriage (Prop 8) people were on when they asked the Alliance Defense Fund to represent them as proponents for the trial? To say that they were inept presents a lack of depth: they were horrendously stupid.

- They did not know before the trial that PROPONENTS OF THE TRIAL HAVE NO "STANDING" TO APPEAL!! Only the governor and the attorney general have a right to appeal since the state of California was on trial and NOT Protect Marriage. Proponents are merely legal counsel to supporters of the defense.

- ADF CANCELLED all of their pertinent witnesses except two: David Blankenhorn and William Tam.

Proponents elected not to call the majority of their designated witnesses to testify at trial and call not a single official proponent of Proposition 8 presented to voters and the arguments presented in court.

And they never vetted them properly (or at all) nor did they practice in a mock trial. Both witnesses were deemed completely unacceptable by the judge. They had no pertinent academic credentials and they both had ties to the George Reeker scandal as well. When asked about sources for a statement, William Tam gave one of the most anemic answers in trial history "I found it on the internet."

While they were supposedly acting as proponents for the State of California (NOT Protect Marriage), they did nothing to prove that the State of California would be harmed in any way by same-sex marriages. NOTE: Judge Walker has been known to weigh heavily on economic impact in cases like these. They certainly didn't do their homework.

Neither Blankenhorn nor Tam could come up with plausible reasons for the vicious ads placed during the campaign. In fact, these "experts" couldn't explain much of anything. The whole campaign was clearly discriminatory. And the defense folded before everyone's eyes. As with Mark Twain's sentiment above, monkeys might have done better.

Their slowly diminishing I.Q not withstanding, the proponents not only threw away their own case, but placed in stark contrast the points that Walker focused upon:

The Alliance Defense Fund DID PROVE that if you say "God" "Bible" "Family" and (probably) "abomination" enough, you can convince any Christianist to hire you.

Has Protect Marriage asked for its money back?

As entertaining as the trial was, the reaction to its decision was stellar in its righteous outrage: