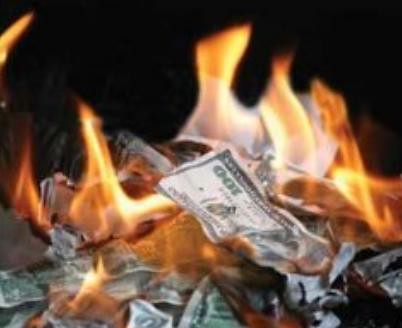 We have become so accustomed to war we don't even bother to discuss it anymore. The war in Afghanistan has dragged on for almost 15 years, and it is no longer mentioned or discussed on corporate news.

The clown show, sometimes called a presidential race, has been reduced to two candidates, both of whom are hated by the voting public, and neither has raised the issue of Afghanistan once. The candidates have not been asked about it, and neither has spoken about it. It is the silent war that appears to be never ending, but just because it is not discussed does not mean you are not paying for it.

So what is the point?

What do we have to show for our one trillion-dollar war? What have we accomplished? We have nothing to show, and have accomplished absolutely nothing. NOTHING!!!

The Taliban now controls more land in Afghanistan than ever. US forces cannot venture into the Afghan countryside because they will get killed. The only place in the entire country that is considered under US and Afghan control is the capital city of Kabul, which coincidentally is where the US has its giant embassy with its Green Zone. However, even within Kabul, US troops usually resort to helicopters to get from one section of Kabul to another for fear of getting killed in cars or armored vehicles.

Originally we went to Afghanistan to get Bin Laden and the perpetrators of 9/11, despite the fact that none of those perpetrators came from Afghanistan. They all originated in Saudi Arabia. The Taliban contacted the US government and said they were willing to give us Bin Laden if we presented proof or evidence that Bin Laden was responsible for 9/11. The US refused their offer, so the entire war was a wasted effort from day one. First we attacked the wrong country, and second, Bin Laden could have been handed over to us without any war.

When the war did not go as expected, President Obama announced a new Drug War in Afghanistan. So how has that gone? We have spent about 10 billion dollars on the drug war, and the rate of opium and heroin production is now about 40 times greater than when the drug war began. Afghanistan now is responsible for about 85% of the worlds heroin production. The US nor the Afghan government can go into the highly productive heroin and opium areas for fear of their safety. Once outside Kabul, US soldiers are at great risk. The Taliban sells its heroin around the world and uses the money to finance its war against the occupation of their country by the US.

So what are we doing there?? Who knows? The war is not good for the Afghan people, or the US army, and certainly not the American people. It goes on endlessly with no winner. At some point down the road, the US will be forced to end the occupation and leave Afghanistan to its own people. Isn't that the way it should be?

Since 9/11 cannot be used as a pretext for the endless Afghan war and occupation, the focus had to change. We began saying the Taliban had to be stopped from taking over the government. But wait; two opposing forces fighting to control a country is a civil war, i.e. North vs South in Civil War. What business is it of the US to get involved in another countries civil war? What give the US the right to decide who should rule Afghanistan? There is no such right!

So in the end, we have no business being there, and never had a legitimate reason to get involved in the affairs of Afghanistan, but we have been for 15 years. One trillion dollars of your money has been spent on an illegitimate war which has resulted in absolute and total failure. But the Military Industrial Complex has grown rich, which just might be the point of this whole endless war. A wonderful example of corporate welfare. Will either of the two candidates end this nonsense? No, but Jill Stein will.

How about Iraq then? Even worse. Perhaps a subject for a later article.

What could have been done with one trillion dollars? How about infrastructure, how about Single Payer health care for all, how about free college for all? When Democrats, Republicans, and corporate media say such things are not affordable, they are lying. Easily affordable if we stopped our worldwide wars. All other major nations have these things; they can afford them because they don't just do war.

What fools we are.

Related Topic(s): Afghanistan Pullout; Afghanistan War; Opium, Add Tags
Add to My Group(s)
Go To Commenting
The views expressed herein are the sole responsibility of the author and do not necessarily reflect those of this website or its editors.