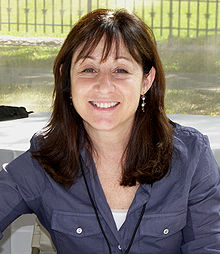 The New Yorker's Jane Mayer has gained a reputation as one of the best reporters in Washington, but in her latest piece on Ukraine and former Vice President Joe Biden, Mayer has succumbed to the partisan mania ripping apart this city and much of the country.

There is little subtlety in her argument, as evidenced by the title of the piece: "The Invention of the Conspiracy Theory on Biden and Ukraine." Rather than taking an impartial, non-partisan view -- needed now more than ever in journalism -- Mayer neglects evidence that would have produced a more nuanced report on this increasingly volatile story.

Such an achievement required the suppression of a seasoned reporter's natural curiosity. Maybe the other side has evidence worth examining too.

Mayer is not alone in dismissing serious questions about Biden as merely "a repeatedly discredited conspiracy theory involving Joe Biden and his son Hunter's work in Ukraine." In doing so, Mayer has joined an unthinking media consensus protecting Biden and the media's own interests to save itself from the shame of having pushed the now discredited conspiracy theory of Trump's collusion with Russia. With the Trump Justice Department digging into the origins of that fiasco it was the perfect time to preempt its findings with a trumped up impeachment scandal. The last thing the intelligence agencies and their compliant media need are revelations about how they together duped the country.

Mayer, who distinguished herself on many stories, including a defense of the wrongly accused National Security Agency senior executive Tom Drake -- an actual whistleblower -- reduced herself to the journalists' herd that gave Russiagate credence, and in the process undermined scores of media reputations.

Instead of owning up to it, Mayer writes that the media was manipulated in 2016, not by Democrats or intelligence officials, but by Republican partisans. She produces a line about Ukrainegate that would more credibly describe media accomplices in Russiagate: "News organizations continue to be just as susceptible to manipulation by political partisans pushing complicated and hard-to-check foreign narratives as they were in 2016."

Mayer's unwillingness to see the corruption of both major parties is stunning.

She writes: "Anyone trying to track the Ukrainian conspiracy stories that were eventually embraced by President Trump is likely to get mired in the same echo chamber of right-wing news purveyors that misinformed voters in 2016" (except that in 2016 it was an echo chamber aligned with Democrats).

Mayer only blames Republicans who were largely on the defensive during Russiagate. Her exoneration of Democrats then and now for misinforming voters, extends to Secretary of State Hillary Clinton's approval of an uranium deal with Russia, after which, Mayer reports, "more than two million dollars in contributions" came to "the Clinton Foundation from the businessmen behind the deal." She says Clinton is in the clear because other U.S. agencies also approved the deal and the amount of uranium was "negligible." It was all just a conservative plot, Mayer tells us.

Mayer attributes the origins of Biden's appearance of conflict of interest in Ukraine solely to a disinformation campaign run by a shadowy group set up by Donald Trump's former chief strategist, the right wing activist, Steve Bannon.

This is intended to put a nail in the story at its origins, portraying it as just a nutty conservative conspiracy, and thus no one needs to be concerned about significant evidence that followed. "For nearly two years, conservative operatives have been trying to weaponize the Ukraine-based story that has led Trump to the brink of impeachment," Mayer wrote.

She takes at face value Bannon's braggadocio about his so-called Government Accountability Initiative being "key" and the "predicate" to the Biden-Ukraine story, allowing her to easily dismiss an array of facts, including a public admission of corruption by Biden himself, as merely an "unethically seeming morass."

Of all the evidence missing from Mayer's piece, perhaps the most important is the opening act of this Washington drama: the U.S.-backed coup that overthrew an elected Ukrainian government in 2014. Without that evidence it is impossible to understand the context of the nauseating Biden/Ukraine impeachment story. She is not alone in this either. The entire elite liberal media and Fox News won't mention it in a bipartisan cover-up of rapacious American foreign policy.

Related Topic(s): Corruption; Disinformation; Impeachment; Intelligence; Jane Mayer; Partisan Politics; Ukraine; Ukraine Phone Call Whistleblower, Add Tags
Add to My Group(s)
Go To Commenting
The views expressed herein are the sole responsibility of the author and do not necessarily reflect those of this website or its editors.