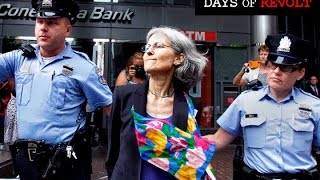 How does the West get away with its pretense of being an alliance of great democracies in which government is the servant of the people?

Nowhere in the West, except possibly Hungary and Austria, does government serve the people.

Who do the Western governments serve? Washington serves Israel, the military/security complex, Wall Street, the big banks, and the fossil fuel corporations.

The entirety of the rest of the West serves Washington.

Nowhere in the West do the people count. The American working class, betrayed by the Democrats who sent their jobs to Asia, elected Donald Trump and the American people were promptly dismissed by the Democratic candidate Hillary Clinton as "the Trump deplorables."

The Democrats, like the Republicans, serve power, not the people.

In Europe we see the squashing of democracy everywhere.

The Greeks voted for a left-wing government that promised to protect them from the EU, IMF, and big banks, but promptly sold them out with austerity agreements that destroyed what remained of Greek sovereignty and Greek living standards. Today the EU has reduced Greece to a Third World country.

The French have been in the streets in revolt for weeks against the French president who serves everyone except the French people.

There are currently massive protests in Brussels, Belgium, with half the government also resigning in protest against the government signing a pact that will replace the Belgian people with migrants from Africa, the Middle East, and Asia. The corrupt and despicable governments who signed this pact represent foreigners and George Soros' money, not their own citizens.

Why are citizens so powerless that their governments can elevate the interest of foreigners far above the interests of citizens?

There are a number of reasons. The main one is that the people are disarmed and are propagandized to accept violence from the state against them, but not to deliver violence in return against the governments' illegal use of force against citizens.

Related Topic(s): Citizens; Democracy Decay; Government; Matrix; Revolt; Revolution, Add Tags
Add to My Group(s)
Go To Commenting
The views expressed herein are the sole responsibility of the author and do not necessarily reflect those of this website or its editors.