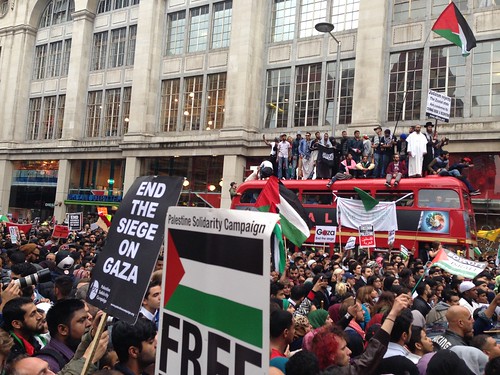 The Muslim world was dismayed and saw the UAE-Israeli diplomatic relations as betraying the Palestine cause.

There was bitter criticism from Turkey, Iran and Malaysia.

"The move against Palestine is not a step that can be stomached. Now, Palestine is either closing or withdrawing its embassy. The same thing is valid for us now," Erdogan said, adding he gave orders to his foreign minister. "I told him we may also take a step in the direction of suspending diplomatic ties with the Abu Dhabi leadership or pulling back our ambassador."

The Foreign Ministry had earlier said Palestinians were right to reject the deal in which the UAE betrayed their cause. "History and the conscience of the region's peoples will not forget and never forgive this hypocritical behavior," it said. "It is extremely worrying that the UAE should, with a unilateral action, try and do away with the (2002) Arab Peace Plan developed by the Arab League."

Malaysia: While there was no official comment from the Malaysian government but Malaysia's former prime minister Mahathir Mohamad on Friday warned it was a step backwards for peace and would divide the Muslim world into "warring factions".

Mahathir told This Week in Asia the agreement would "divide the Muslim world into warring factions and in this, the Israelis will add fuel to the fire".

"They will increase the ability of the contestants to fight each other and there will be no peace even between Muslim countries," said Mahathir, 95, who had two stints as the premier of the Muslim-majority nation, his most recent one ending earlier this year.

"It bolsters the stand taken by Israel that Palestine belongs to Israel. Of course there will be a reaction from the Palestinians and those who are sympathetic towards the Palestinians. This will mean prolonging the war in the Middle East," he said.

Iran: The agreement between Israel and the United Arab Emirates will not secure peace in the region, tweeted a special adviser on international affairs to the speaker of Iran's parliament.

"Abu Dhabi's behavior has no justification, turning back on the Palestine cause. W/ that strategic mistake, #UAE will be engulfed in Zionism fire."

Pakistan on Friday said the historic UAE-Israel deal has "far-reaching implications" and its "approach" will be guided by Palestinian aspirations.

The Foreign Office (FO) in the statement said: "We have noted the Joint Statement announcing agreement of UAE and Israel to have full normalization of relations. This is a development with far-reaching implications."