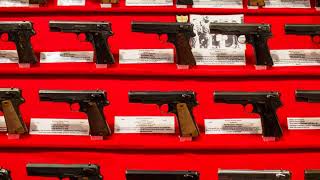 Join the Ku Klux Klan and get 10 percent off on your next Fed Ex shipment!

Okay, the National Rifle Association isn't quite the Klan. But it's getting closer. For years, big corporations had welcomed the opportunity to accumulate more customers by giving discounts to NRA members, even if they pack assault rifles.

Yet in the aftermath of the shootings in Parkland, Florida, and the activism of high school students, corporations are bailing out of their deals with the NRA.

As we've seen with the corporate firings of sleazebag movie moguls and predatory television personalities, nothing concentrates the minds of CEOs like a moral protest that's gaining traction.

As I said, the NRA isn't the Klan, but since Trump became president it's behaved like a subsidiary of the alt-right.

At last week's CPAC conference, NRA president Wayne LaPierre cloaked his pro-gun address in paranoia about a "tidal wave" of "European-style socialists bearing down upon us," telling his audience "you should be frightened."

Most Americans know this kind of talk is bonkers. Not incidentally, most Americans also want gun controls. Ninety-seven percent support universal background checks and 70 percent favor registering all guns with the police.

Preventing gun violence is coming to be seen less as an issue of "gun rights" and more about public morality. "Are we prepared to say that such violence visited on our children year after year after year is somehow the price of our freedom?" Obama asked in 2012, after 20 first-graders were massacred at the Sandy Hook Elementary School.

Obama got nowhere, of course, but now change seems to be in the air. Why? I think Donald Trump deserves some credit.

Trump's response to the slayings in Parkland has been to urge schools to arm teachers. The proposal is not only wrongheaded -- more than 30 studies have shown that additional guns increase gun violence and homicides -- but profoundly immoral.

If the only way to control gun violence is for all Americans arm themselves, we would all be living in a social Darwinist hell.

The moral void of Donald Trump has been a catastrophe for America in many ways, but it's contributing to a backlash against the systemic abuses of power on which so much violence in American life is founded.

The Parkland students are insisting that adults stand up to the immorality of the NRA. Corporations are responding. So are politicians. "We get out there and make sure everybody knows how much money their politician took from the NRA," said David Hogg, one of the students.

Similarly, the #MeToo movement is insisting that America wake up to the immoral behavior of powerful predatory men.

Related Topic(s): Guns; Moral Coherence; NRA; School; Shootings, Add Tags
Add to My Group(s)
Go To Commenting
The views expressed herein are the sole responsibility of the author and do not necessarily reflect those of this website or its editors.