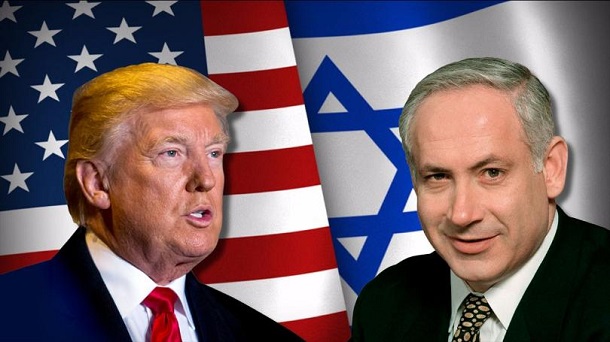 With Netanyahu desperate to pull a rabbit out of his hat and with an obliging patron installed in Washington there is reason enough for them to believe that the stars may finally be aligned
(Image by KKTV.com)   Details   DMCA

Israeli prime minister Benjamin Netanyahu needs all the help he can muster before voters head to the ballot box on March 2 for the third time in a year. Once again, it seems as though US President Donald Trump intends to ride to his rescue.

The pressure on Netanyahu to win this time has intensified. His opponents in the Israeli parliament advanced plans last week to set up a committee to weigh whether or not he should be immune from prosecution in three corruption cases.

If he is denied immunity, as seems likely, the path will be clear for a trial that might make it impossible for him to head the next government whatever the election outcome.

This was the background to intimations from the Trump administration last week that it may finally publish its long-anticipated peace plan.

The White House reportedly delayed the plan's release over the course of last year as it waited for Netanyahu to secure a majority government to put it into effect.

Leaks suggest the document will bolster Israel's maximalist demands, scuppering any hopes of establishing a viable Palestinian state. The Palestinian leadership severed ties with Washington a while back in protest.

More than any of his recent predecessors, Trump has shown a repeated willingness to meddle in Israeli elections to the benefit of Netanyahu.

Shortly before last April's vote, Trump declared that the US would formally recognise Israel's annexation of the Golan Heights from Syria. The seizure of the 1,800 sq km territory in 1967 remains illegal under international law. And days before the most recent ballot in September, Trump publicly alluded to the possibility of a US-Israeli defence pact.

Now US officials, including Secretary of State Mike Pompeo, have hinted that the US peace plan could be published in the run-up to the March election.

Israeli officials have been saying much the same to local media since an unexpected visit this month by Avi Berkowitz, Trump's new aide overseeing the peace plan.

This prompted Gantz, the prime minister's main challenger, to condemn any such move as "blatant interference" in the election.

In fact, until recently, Netanyahu had been reluctant for the so-called "deal of the century" to be published because it would be unlikely to satisfy the settlers' most extreme demands. He had feared that disappointment might drive some Likud voters further to the right, towards smaller, even more hardline parties.

But Netanyahu is now in such precarious political and legal straits that he appears ready to gamble. Publication of the peace plan could attract some more uncompromising Blue and White voters to his side. They may prefer a seasoned player like Netanyahu to manage White House expectations, rather than a politically inexperienced former army general like Gantz.

Further, the settler parties that could steal votes from Likud as a result of a Trump "peace" initiative are the lynchpin of the coalition Netanyahu needs to maintain his grip on power. His own party may not gain more seats but overall his far-right bloc could prosper, ultimately securing Netanyahu the election and immunity from prosecution.