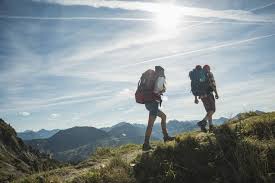 During World War II my father was a flight engineer on a US Navy blimp. The Navy used blimps because they could carry radar and stay in the air for twenty-four hours. Because they carried radar, and radar was top secret my father had to get a top security clearance which he did. He knew that we'd broken the German Naval code. Their mission was not to attack the subs but to make sure they were where they were supposed to be and route our convoy's the other way. It was an intelligence mission, gathering intelligence on the enemy.

I guess most of us growing up had thoughts like, "Maybe my Dad works for the mob? Or is in the CIA?"

I have no proof, none whatsoever, but I lived in Dallas November 22,1963. My father was at the Trade Mart waiting to hear President Kennedy speak. He was active in Democratic politics in Chicago and had taken my sister to hear Kennedy speak in Chicago sitting on the front row, six feet from John Kennedy.

After Dallas, we moved to Montgomery, Alabama for the summer of 1965. My father was a mechanical engineer by training designing equipment for a railroad contractor. We were just in time for Bloody Sunday and we saw the march from Selma to Montgomery. Seems about the time things slowed down in Fungomery we were moving back to Chicago. My father went back to work for a company based out of Zurich Switzerland. He'd worked for them before and this time he would be Vice President of the American business operation.

A couple of years in and the job was going so well they wanted him and my mother to tour Europe and visit the home office in Zurich to talk about moving there. They hit all the high spots London, Paris, East Berlin. For some unknown reason while in Germany my parents boarded a plane and flew to Berlin. My mother hated to fly, I mean, she hated to fly, she would not get on a plane just to see the sights of 1967 Berlin. So, as my father told it"they just happened to be there when they opened up a checkpoint and we figured why not? That part I believe about my parents, if the East German border guard had opened the gate and said, "Come on in, they'd go.

Over the years, it occurred to me that the story was bullshit, whadda ya mean they just happened to open the border for tourists? I've never heard of that but if you say so. As the story was told they walked the streets of East Berlin and stopped in a little coffee shop. My mother sort of gave away the game to me as she explained a conversation she had with the waitress in broken English. Even as a kid it struck me"where was my dad? Why wasn't he involved in this interesting anecdote? We will never know. My father didn't take the job in Europe.

Related Topic(s): Democratic; Father; Father; Intelligence; Iranian; Iranian Navy; Navy; Parents; Security; Time, Add Tags
Add to My Group(s)
Go To Commenting
The views expressed herein are the sole responsibility of the author and do not necessarily reflect those of this website or its editors.