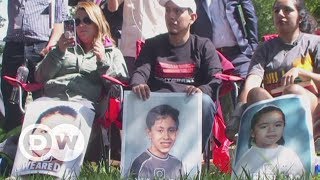 Let me begin by congratulating Chloe Kim, a first-generation American, who won a gold medal for the United States in the women's halfpipe snowboarding event this week.

Her father, Jong Jin Kim, emigrated from South Korea to the United States in 1982, became a dishwasher at a fast food restaurant. He studied engineering at El Camino College after working at low-skill jobs and then became an engineer. He left his engineering job to support his daughter's snowboarding ambitions, so that he could drive her five-and-a-half hours to the mountain for training.

Congratulations to Chloe and her entire family. You make the United States proud.

The whole debate that we are now undertaking over immigration and the Dreamers has become somewhat personal for me, because it has reminded me in a very strong way that I and my brother are first-generation Americans. We are the sons of an immigrant who came to this country at the age of 17 without a nickel in his pocket, young man who was a high school dropout who did not know one word English and had no particular trade.

A few years ago my brother and I and our family went to the small town that he came from and it just stunned me the kind of courage that he showed and millions of other people showed leaving their homeland to come to a very different world -- without money, in many cases, without knowledge of the language.

My father immigrated to this country because the town he lived in in Poland was incredibly poor, there was no economic opportunity for him, people there struggled to put food on the table for their families. Hunger was a real issue in that area. My father came to this country to avoid the violence and bloodshed of World War I which had come close to his part of the world in a ferocious manner. He came to this country to escape the religious bigotry that existed then because he was Jewish.

My father lived in this country until his death in 1962. He never made a lot of money. He was a paint salesman.

My father was not a political person but it turned out that, without talking much about it, he was the proudest American that you ever saw. And he was so proud of this country because he was deeply grateful that the United States had welcomed him in and allowed him opportunities that would have been absolutely unthinkable from where he came.

In September of 2017, President Trump precipitated the current crisis we are dealing with by revoking President Obama's DACA executive order. If President Trump believed that that executive order was unconstitutional and needed legislation, he could have come to Congress for a legislative solution without holding 800,000 young people hostage by revoking their DACA status. But President Trump chose not to do that. He chose to provoke the crisis that we are experiencing today. And that is a crisis we have to deal with, and here in the Senate we have to deal with it now.

And let us be very clear about the nature of this crisis. Some people say, "Well, it's really not imminent, it's not something we have to worry about now." Those people are wrong. As a result of Trump's decision, 122 people every day are now losing their legal status, and within a couple of years hundreds of thousands of these young people will have lost their legal protection and be subject to deportation.

The situation we are in right now as a result of Trump's action means that if we do not immediately protect the legal status of some 800,000 Dreamers -- young people brought into this country at the age of 1, or 3, or 6, young people who have known no home other than the United States -- let us be clear that if we do not act, and act soon, these hundreds of thousands of young people could be subject to deportation.

And that means they could be arrested outside of the home where they have lived for virtually their entire life and suddenly be placed in a jail.

Related Topic(s): Daca; Deportation; Dreamers; Families; Immigrants; Legislation; Moral Hazard, Add Tags
Add to My Group(s)
Go To Commenting
The views expressed herein are the sole responsibility of the author and do not necessarily reflect those of this website or its editors.