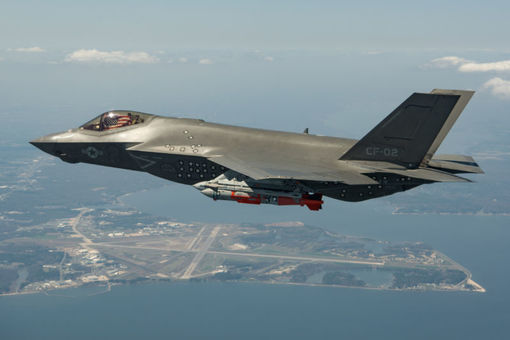 U.S. defense spending is out of control, severely undermining our ability to tackle climate change, infrastructure needs, health care, and other national challenges. The mainstream media, particularly the New York Times and Washington Post, contribute to the problem of defense spending by understating the cost of defense.

When these departments and agencies are taken into account, U.S. defense spending greatly exceeds $1 trillion, which finds very little criticism within the Congress or the various think tanks that address the issue of military spending. With the loss of Senators Carl Levin (D-MI) and John McCain (R-AZ), there has been no bipartisan scrutiny of defense spending. This is particularly troubling at this time because the various Democratic candidates for the presidency have little background in the field of national security, let alone the abstruse aspects of defense spending, and there is no attention given to the many obvious areas for cutting back allocations for defense.

The trillions of dollars allocated for defense in recent years received insufficient congressional monitoring and internal oversight. Until recently, the Pentagon budget was the only large federal budget that had never been audited, and last year's audit, which cost nearly $400 million, produced a failing grade for the Pentagon. President Eisenhower's warning about the military-industrial complex nearly 60 years ago noted that military demands on U.S. spending would become a "cross of iron" that would limit domestic spending. Now, at a time when there are no serious challenges to U.S. security or military supremacy, more than 60 percent of U.S. discretionary spending goes to support defense.

There is no better example of the insidious nature of the military-industrial complex than the industry's recruitment of retired generals to become executives at defense companies and the Pentagon's use of these same retired generals to take part in exercises involving weapons systems that their companies are vying to build for the military. Retired generals and admirals are also working as military analysts for television and radio networks, often receiving classified briefings from the Pentagon before their on-air appearances. Nevertheless, a recent Inspector General study found no conflict of interest involving these officers.

Every aspect of the Pentagon's budget needs to be scrutinized for savings, including procurement, operations and maintenance, and infrastructure. There are hundreds of U.S. military facilities overseas with hundreds of thousands of U.S. military personnel stationed there. By comparison, China has one overseas facility, a small one on the Horn of Africa, and Russia has only modest air and naval facilities in Syria outside the former Soviet space. Procurement boondoggles have robbed the U.S. treasury of hundreds of billions of dollars, particularly for national missile defense and the Army's Future Combat System, which consists of interconnected vehicles, robots, and sensing devices. Hugely expensive U.S. aircraft carriers are vulnerable to inexpensive sophisticated cruise missiles in the Russian and Chinese inventories.

The excessive spending on the Air Force is the most wasteful of all military expenditures. The Air Force is obsessed with fighter superiority in an era without a threat. Pentagon briefings on Capitol Hill regularly exaggerate the capabilities of foreign air defense. Billions of dollars have been spent on advanced aircraft, such as the B-1 bomber and the F-22 fighter, which have never been deployed in Iraq or Afghanistan or any other combat zone. The F-22 was designed in the mid-1980s to confront Soviet fighter planes that were never built. The F-22 program was eventually killed to make way for the more costly and contentious F-35 program.

Like the Air Force and its dominance of the skies, the Navy has had total dominance at sea for the past six decades. U.S naval ships are deployed in too many areas with too many missions. The Navy, moreover, has its own air force, its own army, and its own strategic weapons. It has greater lethality than all of the navies of the world combined and has a subordinate organization, the Coast Guard, which represents the world's seventh largest fleet. The U.S. Marines, moreover, have more planes, ships, armored vehicles, and personnel in uniform than the entire British military. The very existence of the Marine Corps is questionable in view of the fact that its last amphibious landing was in the first year of the Korean War nearly 60 years ago.

One of the best kept secrets of the past 60 years has been the high cost of producing and maintaining nuclear weapons somewhere between $5 and $6 trillion, which represents one-fourth to one-third of overall defense spending. The total is roughly equivalent to the total amount of money spent on the Army or the Navy since World War Two. When the United States began to develop and deploy nuclear weapons, the military-industrial complex stressed that the huge investment in nuclear systems would allow a smaller army and navy. Meanwhile, our army and navy have gotten larger and costlier for taxpayers.

In sum, Republican Presidents George W. Bush and Donald Trump have created the worst of all possible strategic worlds. Bush abrogated the ABM Treaty, the cornerstone of deterrence and one of the pearls of arms control and disarmament policy, and paved the way for the murky world of national missile defense, which costs hundreds of billions of dollars. Trump abrogated the INF Treaty, one of the most successful disarmament treaties in history, and paved the way for a renewed arms race in Europe and Asia. These actions were guided by John Bolton who served as an arms control adviser to Bush and the national security adviser to Trump. As a result, incentives have been created for others to deploy intercontinental missiles, modernize strategic inventories, pursue weapons of mass destruction, and follow the folly of national missile defense. Once again, only the interests of the military-industrial complex are being served.

Cicero said that "endless money forms the sinews of war." So it is not surprising that the United States has been in conflict for nearly all of the past three decades. At the same time, there has been a withdrawal from the world of diplomacy, which finds that there are fewer Foreign Service Officers than there are members of military service bands.

Related Topic(s): Budget; Defense Contracts; Military; Money; Pentagon; Spending Priorities; Trump, Add Tags
Add to My Group(s)
Go To Commenting
The views expressed herein are the sole responsibility of the author and do not necessarily reflect those of this website or its editors.

The Great Cost and Myth of U.S. Defense Spending