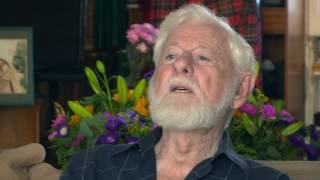 IN THE Autumn of 1948, after some eight months of continuous fighting, I was promoted to the lofty rank of corporal. After taking part in a crash course for squad leaders, I was allowed to choose my new soldiers -- new immigrants from Poland or Morocco.

(Everybody wanted Bulgarians, but the Bulgarians were already taken. They were known to be excellent fighters, disciplined and stoical.)

I chose the Moroccans. I also got two Tunisians and five Turks, altogether 15 men. All of them had just arrived by ship and not one spoke Hebrew. So how does one explain to them that a hand grenade has a high course of flight and a sharp angle of descent?

It was not easy. There were a lot of psychological problems. But I decided to adapt myself as much as possible. For example: one day we got an order to go to the sea shore and fill a truck with sand, in order to enlarge our camp with more tents.

When we arrived on the beach, none of my soldiers moved. "We have come to this country to fight, not to work!" their spokesman explained.

I was nonplussed. What to do? The course had not prepared me for such a situation. Then I had an idea. I said: "You are quite right. So please sit under that tree and enjoy the shade!"

I took a spade and started to dig. I heard them whisper. Then one of them got up and took a spade. Then another. In the end we all worked happily.

UNHAPPILY, WE were an exception. Most Ashkenazis (Jews of European descent) who had been born in the country, or immigrated years before, thought that they had done their part and suffered enough, and that now it was up to the new Oriental immigrants to do theirs. Cultural differences were huge, but nobody paid much attention to them.

Soon after that scene, we were allowed leave for a few hours in Tel Aviv. When I got on the truck, I noticed that some of my men did not get on. "Are you crazy?" I cried. "Leave in Tel Aviv is paradise!"

"Not for us," they replied. "The girls in Tel Aviv won't go out with us. They call us Morroccan-Knives." There had indeed been a few cases of hot-headed Moroccans who had felt insulted and attacked people with knives.

My attitude towards "my Moroccans" paid off. When I was severely wounded, four of them brought me out, under heavy enemy fire. They granted me 70 more years of life (so far).

A few years later, when I was already the Chief Editor of a news magazine, I published a series of investigative articles under the title "They f*ck the Blacks." It contained revelations about the discrimination against the Oriental immigrants (nicknamed "blacks," though they are brown). It aroused a storm of anger throughout the country. The very suggestion of discrimination was vehemently denied.

Related Topic(s): Discrimination; Immigrants; Israel; Reality, Add Tags
Add to My Group(s)
Go To Commenting
The views expressed herein are the sole responsibility of the author and do not necessarily reflect those of this website or its editors.