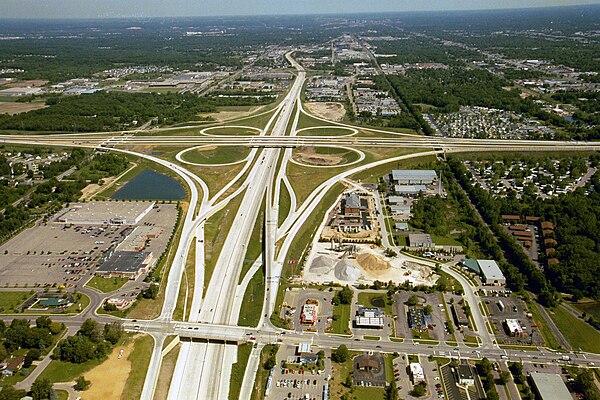 At the end of April, President Trump met with Democratic congressional leaders at the White House. Instead of the backbiting that usually precedes and follow such meetings, what emerged was tentative agreement on cooperation toward "a $2 trillion infrastructure plan to upgrade the nation's highways, railroads, bridges and broadband."

Responses on the Republican side range from tepid (acting White House chief of staff Mick Mulvaney objects on both fiscal and political grounds, not seeing a "win" for Trump before the end of a second term) to enthusiastic (US Representative Chris Collins, R-NY, calls for doubling federal gas taxes and airline passenger fees to cover the cost).

But there's a huge blind spot in this infrastructure vision that comes before, and heavily impacts, calculating the costs. The plan is a 20th century solution to problems that the 21st century market is already solving.

It's true, as Collins points out, that the federal gas tax hasn't been raised in more than 25 years -- and that, contrary to popular perception, its revenues come nowhere close to covering highway construction and maintenance costs.

But it's also true that gasoline is on its way out. Timeline estimates vary, but it's reasonable to predict that by 2030 the vast majority of vehicles on American roads will be electric. Gasoline will become a minor player, then a novelty, then a rarity, all while politicians are counting on it to pay for their big plans.

The good news is that their plans don't need to be nearly as big, because in the future we're going to see a lot less traffic.

More people are working from home (the number more than doubled between 2005 and 2015; it's going to keep growing).

More people are ordering more of what they buy online. That's fewer people on the road for shopping -- one van delivering stuff to ten households instead of ten cars heading for the supermarket or mall. That trend isn't going to suddenly reverse itself.

More people are seeking entertainment at home instead of out. Movie ticket sales peaked in 2002; they're now back to 1995 levels.

Ridesharing means fewer cars filling downtown garages. As it combines with self-driving cars, many urban and suburban households will decide they don't need car and insurance payments. They'll summon rideshares or rent cars when really necessary. They'll walk, bike, or take mass transit when their destinations are conveniently nearby.

On the cargo side, major players are already working on self-driving, electric "18-wheelers." Fewer will be needed since they can run 24/7 (human drivers work limited hours). Fewer trucks overall and more even time distribution means less congestion.

Aerial drones are taking their first steps into home delivery right now. Amazon may never achieve its dream of blimp warehouses with line of sight drone delivery to every home for 100 miles around, but we'll certainly see SOME reductions in road traffic.

Related Topic(s): Infrastructure; Infrastructure Development, Add Tags
Add to My Group(s)
Go To Commenting
The views expressed herein are the sole responsibility of the author and do not necessarily reflect those of this website or its editors.