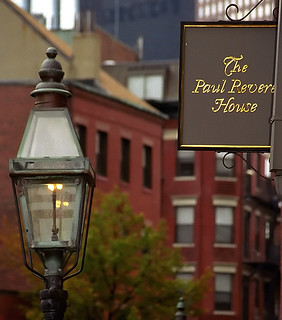 The ghost of Paul Revere has been sighted riding the back alleys of the free exchanges on the internet, the spoken word between citizens and the look in their eyes or the pain in their hearts. Some say one lantern for the enemy by land has been seen, others have spotted two lanterns for the enemy by sea.

Paul when questioned on this confusion denotes there is no mistake, that the tyranny's power and their acquired henchmen come from within and from out our lands and seas.

Who or what is this thing called Political Revolution and this renewed ride of Paul Revere through the landscape?

Is this just another drive by political campaign of tyranny's one liner sound bites that doesn't really mean anything or just engineered to sound like something it is not? They all seem to sound the same with any original meaning twisted, distorted or just plain turned into a lie if you look close enough.

The polls are showing two candidates that are popular on their status claim of not being part of the status quo inside the Beltway or Wall Street. That status quo that most come to see as an unholy alliance of collusion and moneyed interest while wholly devoid of the interest of the Peoples' union. Some have spotted the ships of the East India Trading Company out of London, others talk of a new Boston Tea Party to throw over the tea and those bearing its hidden slavery.

The status quo comes without representation of the people, their treasure, commons and inalienable rights from union together. The surveys are gathered and they point to no trust or belief in a system that has forsaken them to a battle of sinners and saints in which they have no say.

We are divided and conquered, disenfranchised and apathetic from the despair of accepting shackles only meant for slaves, prisoners of fate on a chartered course for an even worse fate at the appointment or purchased hands of henchmen.

Fleeced, beaten and even murdered on the streets or in the courts by those who took oath to serve and protect our union, our treasure, our commons and our inalienable rights. We cry out, we take it to the streets and bare the trials and scars of enslavement to something we have not asked for and want no part of.

Can the lanterns of Paul light the way, expose the truth and enlighten the people? Yes, we are finding leaders and legions of foot soldier citizens gathering for decades whom have struggled and have lit the lanterns that are now burning ever so more brightly and seen as never before in so many numbers.

Bernie Sanders and Elizabeth Warren need no introductions here but let us look at two more that MSM tries to ignore or shield us from, Tim Canova and Tulsi Gabbard.

Related Topic(s): Beltway; People; Politics; Syria; Trials; Tyranny, Add Tags
Add to My Group(s)
Go To Commenting
The views expressed herein are the sole responsibility of the author and do not necessarily reflect those of this website or its editors.