Before you say that what the GOP is doing won't work or can't end democracy in America, you may want to make a trip to Budapest 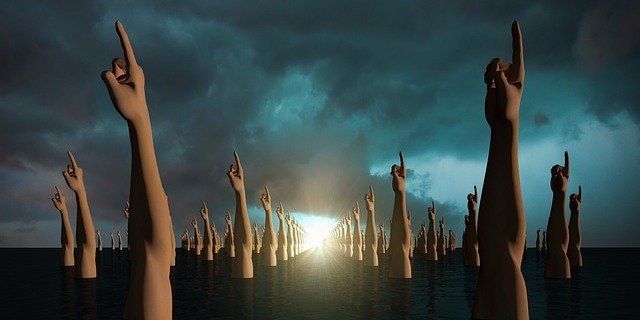 The GOP seems to have gone nuts. But, in reality, they're following a plan. And it's not even a new plan; it's worked elsewhere.

Seventeen Republican-controlled states have now passed 28 voter suppression laws, in most cases even asserting that if elections don't turn out the way the Party likes they can simply change or ignore the results. It's driven Texas legislators, faced with another law like that, to flee the state in a desperate effort to preserve their voting rights.

Meanwhile, the GOP has gone all-in on embracing white supremacy and demonizing nonwhite people while rejecting basic science about everything from the climate emergency to vaccines to teaching science and history in our schools.

They're fighting to prevent the IRS from auditing the returns of tax-cheat billionaires who cost the country hundreds of billions a year while opposing any efforts to repair or improve our nation's crumbling infrastructure.

They've packed the courts with "corporations are people, my friend" oligarchy-supporting judges and are propped up by billionaire-funded national media and think-tank networks.

Where is all this leading? If they continue down the road they're currently following, what will it mean for the nature and character of America and American governance?

To see the GOP's 2022-2024 playbook we don't have to dig through musty archives or watch old documentaries: today's Republican playbook is actually nothing new. It's just the American version of something that's played out repeatedly in democratic republics since the 1920s in Italy, Spain and Germany.

Hungary is probably the best and most instructive example of today's version of this, with mind-boggling parallels to the US. Steve Bannon, for example, said that Hungary's strongman Prime Minister Viktor Orba'n was "Trump before Trump."

Two months earlier there had been massive pro-democracy demonstrations involving hundreds of thousands of people demanding that the Soviet Union let Hungary go. The summer we were there, over a quarter-million showed up in Heroes' Square for the reinterment of the body of Imre Nagy, a hero of the ill-fated 1956 rebellion against the USSR.

The final speaker was 26-year-old Viktor Orba'n, a rising politician who would soon be a member of Parliament. To an explosion of enthusiastic cheers, Orba'n defied the Soviets (the only speaker to overtly do so) and openly called for "the swift withdrawal of Russian troops."

Related Topic(s): Budapest; Democracy Destroyed; GOP Religious Right Dilemma; Gop Betrayal Of Democracy; Gop Voter Registration Scandal, Add Tags
Add to My Group(s)
Go To Commenting
The views expressed herein are the sole responsibility of the author and do not necessarily reflect those of this website or its editors.