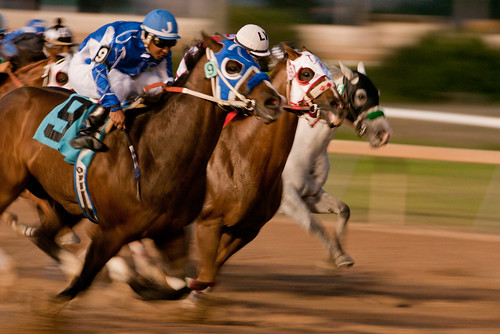 Recently, both the comeback wins by 'America's pro team', the New England Patriots, in last year's Super Bowl, and 'America's college team', the Alabama Crimson Tide, in this year's NCAA championship, smell worse than week old fish. In both cases it was the referees, most likely instructed by the two leagues, to 'make or not make' key calls during the second halves of each game... to cement the 'fix'. More than ever before, astute observers of football are being added to the list of conspiracy believers, most recently Sirius Radio sports talk host Christopher Russo's 15-year-old son.

Actually, the best examples of the 'Fix being in' were the presidential elections of 2000 and 2004. They revealed to anyone with even half a brain the corrupt nature of this empire. Talk about Banana Republic! I mean that after both elections investigative researchers had documented how electronic voting machines were fixed to make sure that Bush Junior was the victor. The 'hanging chad' controversy, the schemes to assure long voting lines in Democratic districts, and the use of incorrect felon lists was only the tip of the iceberg... it was those electronic machines (manufactured, by the way, by Republican donors) that really sealed the deal. So much so, that in '04, it was little Dickie Morris, once President Clinton's main polling guru, who by then had deserted to the other side, who let it out while on live TV. Morris was on the election return show for one network to offer his expertise. When he saw how the exit polls were overwhelming for Kerry in the crucial state of Ohio, Morris stated "Well, those polls are for sure... Kerry will win Ohio." When that state and the election went to Bush Junior, Morris actually stated on air that something was fishy.

Sadly, it seems that in this Military Industrial Empire the 'Fix' is paramount. What makes this sadness cry deeper is the fact that our two political parties serve the empire so well. Throughout the government-shutdown chaos you never see or hear those two 'puppet parties', or the embedded mainstream-media lackeys ever mention that half our tax dollars goes for military spending... while our safety nets are full of holes and our cities short of funds. Both parties will stand and salute, along with the whoring journalists, the flag that was stolen from us by the Phony Warriors. The Cold War was a fix, Korea and Vietnam a fix, and all the succeeding foreign interventions a fix. When will the majority of us, the good and decent and truly patriotic folks, be the role models for the others among us who still believe in this fairy tale?

Biography- Philip A. Farruggio is a free lance columnist, small businessman and WPUL 1590AM radio's host of the "ProActivist Talk Show". Brooklyn NYC born and bred, he is the son and grandson of Brooklyn longshoremen. A graduate of Brooklyn College (more...)
Related Topic(s): Democratic; Media; Military; President; Republican, Add Tags
Add to My Group(s)
Go To Commenting
The views expressed herein are the sole responsibility of the author and do not necessarily reflect those of this website or its editors.

Anger Misdirected: It's the Empire... Stupid!!

The Fix is (Always) In

The Callousness of the Corporate Military Empire