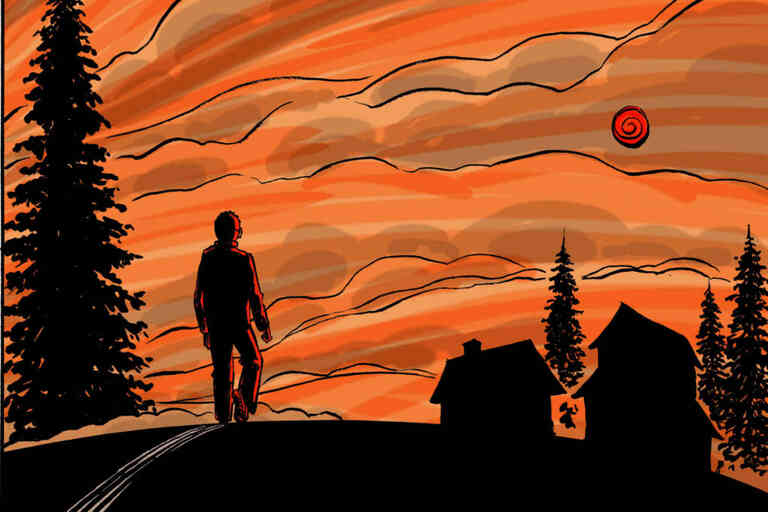 The Fire - This Time

An Interview with Brian Fies

Brian Fies is a cartoonist from Santa Rosa, California. On October 9, 2017 wildfires burned through Northern California, resulting in 44 fatalities. In addition, 6,200 homes and 8,900 structures were destroyed. He wrote an 18-page webcomic to describe and deal with the fire and the losses it brought to his family and community. Fies later expanded on the webcomic and ink-penned an account of the catastrophe - A Fire Story.

Fies won an Eisner Award, a prize given to achievement in American comic books, in 2005 for the highly acclaimed Mom's Cancer. He wrote a follow-up to this book in 2012, Whatever Happened to the World of Tomorrow? In addition, he is the author of The Last Mechanical Monster, which was also nominated for an Eisner Award in 2014.

He lives in northern California. He and his wife Karen have two grown daughters. Fies graduated from the University of California, Davis, with a physics major and English minor. In addition to making comics, has worked as a newspaper reporter, environmental chemist, freelance writer, and science writer.

The following is an interview completed on July 19, 2021

Related Topic(s): Author; Climate; Fire; Fire And Fury; Fires And Explosions; Interviews, Add Tags
Add to My Group(s)
Go To Commenting
The views expressed herein are the sole responsibility of the author and do not necessarily reflect those of this website or its editors.