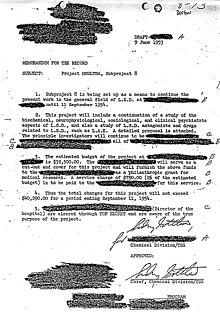 "Raymond Shaw is the kindest, bravest, warmest, most wonderful human being I've ever known in my life."

- from The Manchurian Candidate (1959), by Richard Condon

When you think about it, after 9/11, Karl Rove, Dick Cheney and George W. Bush did Americans a favor by "taking off the gloves," so that we could wring our hands to the toll for freedom in the upcoming dark battle against Terror and Reality-based thinking. Don't ask for whom the bell tolls, we thought, it tolls for Us. The torture trills and flourishes that followed, poor Abu rolling over in his shallow Ghraib, and the mad scientists brought in to offer up new, frightful concepts in torture, such as waterboarding, were the American equivalent of Chinese drip-drip-driven insanity, but, in our shock and aweful style, we wrung out the entire black cloud -- the whole inshallalah -- on one tormented "terrorist" after another.

We video-taped the "enhanced interrogations techniques" (EIT), but later destroyed the tapes, much to Congress's quiet chagrin, because they would have shown that the methods were excessive and the results meaningless. Later, much later, in 2014, Senator Diane Feinstein's intelligence committee found that EIT were ineffective -- and consequently illegal. (See the Senate's The Report and the recent film, for more details on the committee findings, and CIA head John Brennan's illegal attempts to quash the report by spying on the Senate.) In effect, her committee found, we tortured some terrorists who provided no valuable information, and tortured many, many others who turned out to be not terrorists at all. We rang dem bells some more.

The only CIA officer who ever went to jail for revealing the excesses of EIT, John Kirikaou, admitted, in a 2007 interview (pages 15-18 especially) with ABC's Brian Ross, that enhanced interrogation "amounted to" torture, and that he and colleagues thought it "necessary at the time," and that "it worked," leading, he said, to countless heads-up details that led to Jack Bauer-like last minute interventions in new al Qaeda plots. It almost sounded like an apologist's gambit.

Kirikaou went to jail, became dubbed a whistleblower (by the likes of Glenn Greenwald), and was in jail when the Torture Report came out -- and contradicted his assertions about the effectiveness of enhanced interrogation. (He'd known about its ineffectiveness a year or so before his 2007 ABC News interview. In February 2015, he told Amy Goodman, "It wasn't until something like 2005 or 2006 that we realized that that just simply wasn't true -- he wasn't producing any information -- and that these techniques were horrific." So, he knew a year or so before the Ross interview). Despite this apparent contradiction, and its implications, the MSM were supportive of his 'conversation starter' about EIT -- especially waterboarding.

Reading Stephen Kinzer's new book, Poisoner in Chief: Sidney Gottlieb and the CIA Search for Mind Control, you could find yourself believing that there were parallel Americas. The list of grisly murders, lethal cover-ups, assassination mindedness, and graphic details of super-enhanced interrogation techniques that made up the CIA's approach to handling the Fifties demonstrate unequivocally that the gloves were off way before Dick Cheney publicly stated the Bush administration's intended approach to those that done us harm on 9/11. If anything, Kinzer shows in Poisoner in Chief, that, by comparison, Cheney may have put the gloves back on to fight al Qaeda. The stuff Kinzer details about CIA operations, especially in the Sydney Gottlieb era, is so depraved you wonder if you've been conned by Bush and company.

Americans have been in a cold war with Russians since 1949, the year they successfully exploded an atom bomb of their own and the nuclear arms race began. It has been a relationship powered by fear, paranoia, and not a little madness, as America sees her ambition to be an empire partially checked by Russia and her potent missiles. If Kinzer's read of the Fifties was accurate, it was an era marked, for Americans (and maybe the Soviets) by the terror of instant nuclear annihilation. There were fall-out shelters, procedures for hiding under your desk, and the occasional TV and radio transmission interruptions by the Emergency Broadcast System (EBS). Kinzer repeatedly emphasizes that this fear of annihilation was so often proffered as the motivation for the actions early covert operators.

George Orwell's 1948 novel Nineteen Eighty-Four was not only a look to the future, but a pulse-taking of his zeitgeist. The Spanish Civil War and the Great Depression sandwiched between two world wars crushed the spirits of millions. The kind of nihilistic impulses described by Erich Fromm in The Anatomy of Human Destructiveness,or even in The Waste Land poetry of T.S. Eliot, seemed manifest everywhere. Ideologies duked it out: Capitalism, Communism, and Fascism. Out of one nation fearing another's impulses, weapons of mass destruction had evolved -- from brute force to chemical weapons to biological weapons to LSD and other psychoactives to nuclear weapons. This is what was on the minds of writers, politicians, soldiers, and the CIA, back in the day.

So when the Soviets exploded their first atomic weapon in 1949 and then followed that up with the launch of Sputnik in 1957, American spies felt that they were dealing with a race against time. They started gathering German scientists, Nazi eugenecists, Japanese torturers, and others of twisted scientific persuasion who could lead military programs -- especially in mind control. Kinzer cites CIA director Allen Dulles' mission statement as the basis for what the agency did:

By the early 1950s he had concluded that mind control could be the decisive weapon of the coming age"Any nation that discovered ways to manipulate the human psyche, he believed, could rule the world.

The CIA has always wanted to rule the world in the name of 'national security'.

Operation Paperclip was the means by which totally unpalatable scientists -- mostly from Nazi Germany -- were allowed to escape post-war justice at Nuremberg, in order to help the Cold War effort against the Soviets. So, what was supposed to be a patriotic fervor to keep Mama America safe for baking apple pies, soon led to the recruitment of war criminals.

Related Topic(s): Acid; Assassination; Brain; Fascist; Government; Interrogation; Isolation; Manipulate; People; Scientists; (more...) Study; Thinking; Torture, Add Tags  (less...)
Add to My Group(s)
Go To Commenting
The views expressed herein are the sole responsibility of the author and do not necessarily reflect those of this website or its editors.