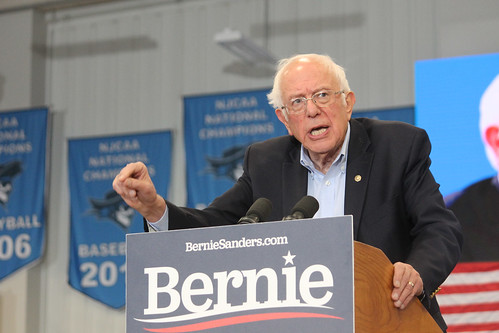 The Politico/Morning Consult Tracking poll is a weekly large sample poll that follows the progress for the quest for the Democratic presidential nomination and the ultimate November matchups.

The key takeaway from this and other polls this week is that Elizabeth Warren, Bernie Sanders, Joe Biden, and Pete Buttigieg are all up so far in six January polls versus their December averages, but Sanders continues to improve his relative numbers versus all of them.

Sanders: 23% (Sanders has now pulled to within 6 points of Biden in this national poll. In June Biden was + 19. Sanders is now averaging 20% in six January national polls, up from 18.5% in November and only 7 points behind Biden)

Warren: 14% (Back in October Warren was averaging 21% and was ahead of Sanders in second place.).

Buttigieg: 8% (This is the 21st consecutive national poll where Buttigieg has failed to register double-digits).

Related Topic(s): 2020 Elections; Bernie Sanders; Bernie Sanders 2016 Presidential Candidate; Morning Consult Polls; Polls; Pollsters, Add Tags
Add to My Group(s)
Go To Commenting
The views expressed herein are the sole responsibility of the author and do not necessarily reflect those of this website or its editors.