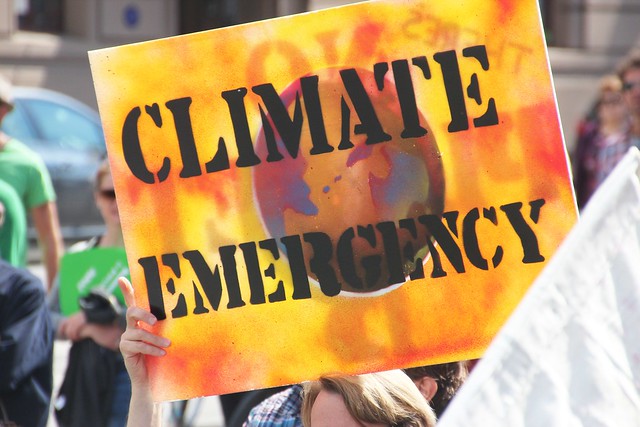 Some of the circumstances President-elect Joe Biden will be inheriting from the Trump administration are not unprecedented.

We weathered an influenza pandemic a century ago.

We have dealt with collapsing economies.

Immigration has always been a political football.

Neither does systemic racism.

One unique crisis the Biden/Harris administration will have to deal with, though, pertains to the climate.

Never has a president had so little time to implement environmental policies intended to mitigate and hopefully reverse some of modern civilization's centuries of degradation.

Biden said so himself when he declared climate change to be the "number-one issue facing humanity."

Those by themselves are urgent enough.

According to the United Nations refugee agency, UNHCR, at least 100 million people--one in every 97 on the planet, roughly one percent of the total population--have had to flee their homes because of violence or persecution over the last decade.

But by the year 2050, the numbers displaced from fires, derechos, and super storms could be greater.

Related Topic(s): Climate; Ecocide; Environment; IPCC; Immigration; Weather, Add Tags
Add to My Group(s)
Go To Commenting
The views expressed herein are the sole responsibility of the author and do not necessarily reflect those of this website or its editors.