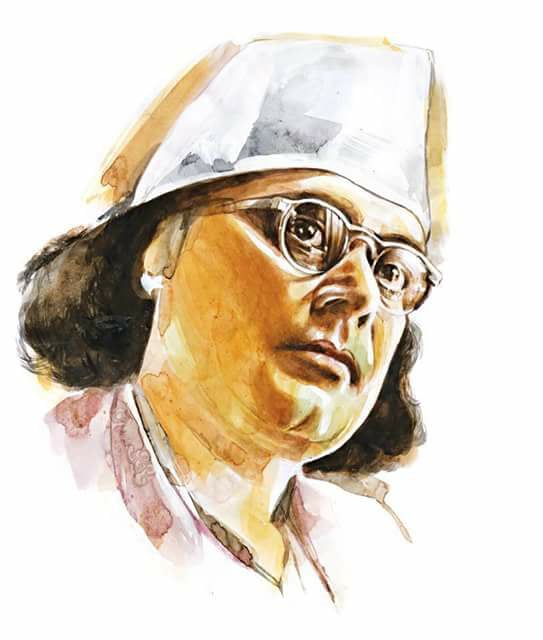 Blinded even in daylight, do you see not How every moment of every day, this caste insanity In the grinding stone of its crushing mill Is pounding every one of you to pulp? The weight of your caste insanity is killing this very nation Rejecting cleansing sunlight, you chose darkness Knowing not that your very own Bhagiratha Channeled the holy waters, washed over the footwear Of every caste and outcaste?

Forget not that the Rishi Manu is a mere speck next to The Universal laws- and yet, mocking those all-embracing Laws, it is Manu to whom you offer obeisance. Alas, thoughtless dupes, know that Truth is higher by far Than any scripture. Yet, you see this not, beasts of burden Hence in vain all your towing mountains of scripture. All people on this earth arise from the same Creator Home this is of the Universal Mother- to her they are All equal, there is not one higher nor lower.

And here you are, despising her Creation Irony of ironies, offering worship to the Creator all your life That is, alas, nothing more than pouring ghee over ashes Nothing more than milking the cow while killing the calf! In the Creator's Criminal Court, know that caste has no play Your sacred thread or skull cap, your hat or your crown- In that ultimate court, Brother, they are all the same. Your vaunted caste will be cast aside Your karma in this mortal life it is will face judgment

Indeed, on that judgment day, be it Brahmin, be it Untouchable Karma decides heaven or hell for either. Amplifying defunct, man-made rituals, to relegate The call of Conscience, the divinity within, to nothingness Know for sure is the gravest ill, for which night and day You suffer the swipes of good old Singi Mama! And so across the land, have no food, no clothing Have no honor, no weapon to fight back- The Caste Hooligans, for sure, have untold suffering, I see Writ large upon their future!

(Above is the YouTube URL to a powerful recitation of the entire poem by Kazi Nazrul's eldest son, Kazi Sabyasachi, from the early 1970s)[Commentary: I have designated this Part II of Kazi Nazrul Islam's powerful anti caste-ism poem/song because it turns out that the portion typically available in the lyrics composed into music (from the 1940s) is actually a truncated version of the full poem which has further indictments and pronouncements, which in their original ring poignantly and persuasively true, and as I have written earlier, these pronouncements, much as delivered in Rabindranath Tagore's Hey Mor Durbhaga Desh (My Wretched Country), are just as pertinent today, just about everywhere grave social injustice, discrimination and related brutality exist in human society. Thus, I have to set aside particularly the centuries-old history of abject and brutal racism and classism in the US, currently in open display for the world to see, or anywhere that fellow human beings are displaced from their home and homeland, and are relegated to ghettoized life (the predicament of the Palestinian people immediately comes to mind). Note that in these stanzas, which are most emotionally charged and rhyme magnificently to add more punch in the original Bengali, Kazi Nazrul, a Muslim poet highly representative of secular India, admonishes his Hindu brethren for their caste-based discrimination. He cites the misuse and actual abuse of the sage Manu's scriptures (whose veracity may itself be brought to question, being antiquated, and much as scripture worldwide, more than likely designed to keep patriarchal and feudal control over society); he also invokes the powerful mythical image of the sage Bhagiratha who performed great penance for ages to finally be granted the release of the divine river Ganga to flow down to the earth from Shiva's matted locks, in order to deliver the souls of his ancestors. Nazrul powerfully maintains that the river has actually traversed countless footwear belonging to every shade of the caste and color hierarchy. Hence the meaninglessness and destructiveness of these discriminatory tools. Furthermore, Nazrul invokes imagery of headgear and holy bodywear of several religions- the sacred thread of Hindu Brahmins, the skullcap or Yarmulke of followers of Judaism, the various hats worn in Islam and Christianity- implying none will have special play in the Courtroom of the Creator. Most powerfully, in fact, he chides his countrymen for their subjugation at the hands of "Singi Mama," a Bengali derisive take on the English colonial occupiers (Singi, the Bengali corruption of Simha, the (English) Lion, which clawed and tormented Indians on a daily basis). MRC]

Related Topic(s): Brutality; Discrimination; Heaven; Hell; Injustice; Irony; Music; Poem; Poet; Racism; (more...) Secular; Suffering, Add Tags  (less...)
Add to My Group(s)
Go To Commenting
The views expressed herein are the sole responsibility of the author and do not necessarily reflect those of this website or its editors.