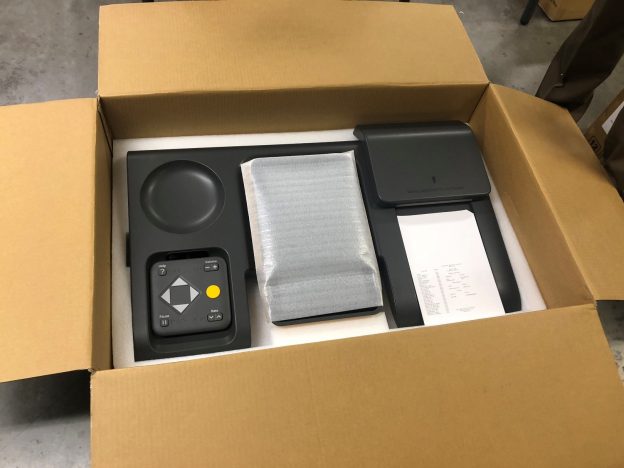 Up through the August 13, 2019, special election, the 5,346,339 registered voters of Los Angeles County will be using a voting system that was created before man landed on the moon. It was designed when we interacted with computers through punch cards, telephones were used exclusively for phone calls and all mail was sent by the speed of a snail. In short, our world has changed a lot, but the underlying system behind our elections has not.

This will all change when Los Angeles voters go to the polls for the 2020 Presidential Primary (and LAUSD School Board) Election. Under the Voting Solutions for All People initiative, precinct-based polling places will be replaced by county-wide Vote Centers. While this will greatly reduce the number of voting locations, it will expand options:

The updated technology will also allow same-day voter registration to occur including the ability to re-register with a different political party for the primary elections. People with disabilities will have greater access to the same voting booths being used by all the other voters for a "private and independent voting experience." The touchscreen will allow voters to "read or listen to [their] ballot in 13 languages" and video-conferencing will be built into the Electronic Pollbooks that will replace the printed list of voters so that voters can receive assistance even if an on-site translator is not available.

Voters who like to fill out their sample ballot in advance and bring it to the polls will be particularly interested in the new Interactive Sample Ballot (ISB) feature. This will allow them to store their choices to a "Poll Pass" containing a QR code and then reload it into the Ballot Marking Device. This is an option that will "help expedite the voting process" by negating the need to individually mark each line on the ballot while in the polling center. This will be particularly useful on a ballot that will be extraordinarily long now that local elections will be folded into the presidential ballot. Unfortunately, this convenience will come at a steep price for our democracy.

Instead of building in assurances that the Poll Pass could only be used by the person who created it, the designers left the system open so QRs can be created by third parties and then be distributed for use at the polls. This would significantly increase the effectiveness of the slate mailers that inundate mailboxes prior to an election.

While the casual voter may believe that the strategically named organizations that publish slate mailers have carefully screened candidates for inclusion, the truth is that most are nothing more than a pay to play form of political marketing. Inclusion on these ads has more to do with the ability to pay than the views of the included candidate. The ability to pre-fill a voter's ballot will make inclusion on these mailers even more valuable and put candidates not funded by special interest groups at even more of a disadvantage.

Groups like the California Charter School Association (CCSA), which have already shown the willingness to throw ethics aside in order to win election s, will find the new system even more valuable. Their printed materials could highlight popular candidates without even mentioning their favored candidate while still embedding their choice within the QR code. The unsuspecting voter who does not check all the way down the ballot at the polling place would be casting a vote for a candidate they took no action in choosing and may, in fact, oppose. By creating different slates to cover multiple candidates in races that attract the most attention, groups like CCSA could magnify their effect on the election. They could even print one slate on their mailer and include a QR code that placed a completely different set of names on the ballot.

The Los Angeles Unified School District (LAUSD) Board races are already the most expensive in the country and have locked parents out of having any direct representation as education policy is formulated. The ability to manipulate the system will help solidify the lock that well-funded candidates have. If the County stands by its claim that the "the design of the system was driven by the needs of LA County voters," they need to fix this loophole before the system goes live in 2020. Otherwise, it is only serving the needs of those who purchase influence.

Related Topic(s): Elections And Campaigns, Add Tags
Add to My Group(s)
Go To Commenting
The views expressed herein are the sole responsibility of the author and do not necessarily reflect those of this website or its editors.