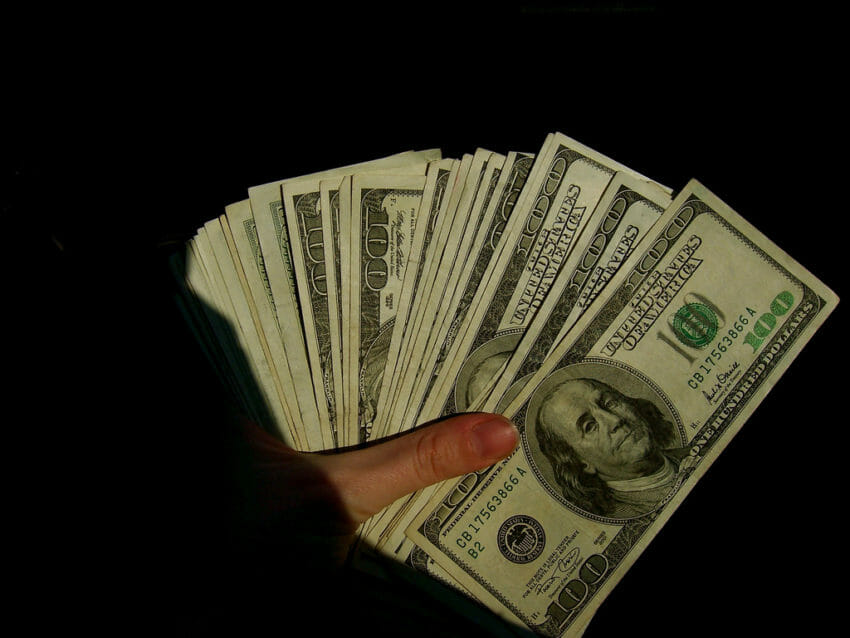 The American media world -- both social media and "news" media -- is afire with the news that actor Felicity Huffman is going to jail for spending $15,000 to bribe her daughter's way into college.

But a much bigger bribery scandal is played out every day in America with nary a peep from the media. It's the way billionaires and big corporations buy not just college admissions but tax cuts, deregulation, and hundreds of billions in government subsidies paid for with our taxes.

Just prior to the 2016 presidential election, the Progressive Change Institute commissioned a nationwide poll conducted by the highly respected firm GBA Strategies. The result showed clearly just how deep and extensive the bribery problem in America is.

When asked whether the U.S. government should negotiate prescription drug prices, 79 percent of Americans agreed and only 12 percent opposed. But because big pharma bribed Congress to the tune of $2.5 billion over the last decade, giving money to 9 out of 10 members of the House and 97 out of 100 members of the Senate, nothing has changed. Thousands of Americans literally die every year because of this bribery, but Felicity merits the front page of the Washington Post.

Seventy-one percent of Americans (including 56 percent of Republicans) say that all Americans should have access to a debt-free college education, but banks spent millions bribing D.C. politicians to keep Bush's 2005 bankruptcy reform act in place so students can't discharge student loan debt in bankruptcy. At the same time, colleges and universities spent additional millions bribing politicians to ignore the soaring costs of higher education: as the Wall Street Journal noted in 2015, "[c]olleges and universities have become one of the most effective lobbying forces in Washington, employing more lobbyists" [in 2014] than any other industries except drug manufacturing and technology."

Fully 71 percent of Americans (and 63 percent of Republicans) supported "[giving] all Americans the choice of buying health insurance through Medicare or private insurers," but the massively profitable health insurance industry spent over $158 million last year bribing and influencing politicians to maintain their billions in quarterly profits.

The list of issues and industries where bribery has corrupted our legislative system is too lengthy for an article like this; it could easily be a book.

About 70percentof Americans are concerned about climate change, but we're not holding the fossil fuel industry accountable. Oil Change International documented in their study of the impact of oil industry lobbying that, "In the 2015-2016 election cycle oil, gas, and coal companies spent $354 million in campaign contributions and lobbying and received $29.4 billion in federal subsidies over those same yearsan 8,200% return on investment."

Americans are dying from vaping, but there's still no regulation of "inhalable" drugs like nicotine because of decades of aggressive bribery of politicians by the tobacco industry.

Political bribery has always been a problem, but it exploded during the Reagan administration because the U.S. Supreme Court said, for the first time in American history in 1976, that billionaires and corporations bribing legislators was a matter of First Amendment-protected "free speech," and later amplified that with their corrupt 2010 Citizens United decision.

Because of this, today the odds of legislation that puts the interests of working people first is, as Princeton's Gilens and Page documented in a massive 2014 study, equivalent to random chance.

Dr. Martin Gilens noted for the Boston Review, "When preferences diverge, the views of the affluent make a big difference, while support among the middle class and the poor has almost no relationship to policy outcomes. " [T]he support or opposition of the poor or the middle class has no impact on a policy's prospects of being adopted." (Emphasis added.)

Related Topic(s): American Capitalism; American Culture; American Education; American Hypocrisy; Bribery Influence Peddling; Corruption; Money; Politicians, Add Tags
Add to My Group(s)
Go To Commenting
The views expressed herein are the sole responsibility of the author and do not necessarily reflect those of this website or its editors.