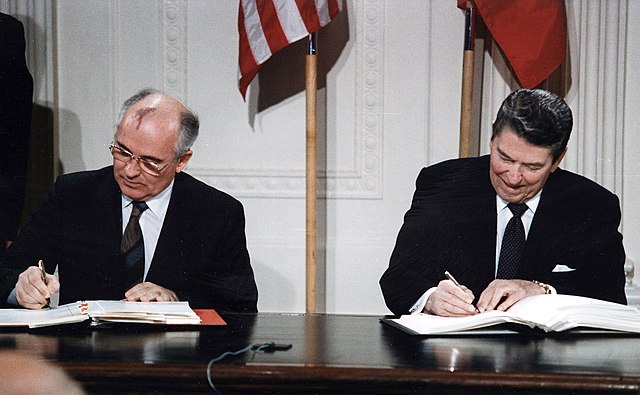 The admirable and honorable truth-teller John Pilger warns us that nuclear war is closer than we think.

The 1957 book, On The Beach, introduced awareness that war in the nuclear age is terminable for life on earth. This realization explains President John F. Kennedy's rejection of the US Joint Chiefs of Staff's recommendation to launch a nuclear strike on the Soviet Union.

Today as evidenced by the behavior of the US government, its European vassal states, and neoconservative pundits, this realization no longer informs US policy.

Pilger speaks of the lobotomy performed on each generation that removes facts from history. Pilger himself is a victim when he chooses to stress that Ronald Reagan defended the Vietnam war instead of emphasizing that Reagan worked with Gorbachev to reduce the threat of nuclear war. The lobotomy that has been performed on the Western world has destroyed knowledge that the US and Russia were on peaceful terms prior to the Soviet collapse.

These peaceful terms lasted a short time, only through the administration of President George H.W. Bush. With the advent of the Clinton regime, all peaceful agreements that were made have been consistently broken by Washington for 24 years throughout the two-term presidencies of three regimes, and now Congress is set on destroying what remains of the work of 20th century US administrations to remove the specter of nuclear armageddon.

The defense authorization bill currently before Congress overturns the Intermediate Range Nuclear Forces Treaty signed by Ronald Reagan and Mikhail Gorbachev. This treaty eliminated an entire class of nuclear weapons and signaled the end of the Cold War.

John Pilger tells us of the certain consequences of the renewed nuclear arms race. Read it here.

Related Topic(s): Nuclear Powers; Nuclear War, Add Tags
Add to My Group(s)
Go To Commenting
The views expressed herein are the sole responsibility of the author and do not necessarily reflect those of this website or its editors.