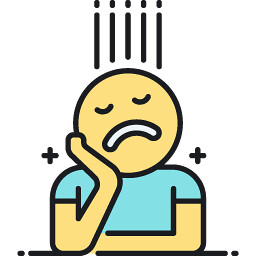 Bottom-up revolutions should be 'of the people, by the people and for the people', but what if the people don't give a damn? What if a strange case of apathy has overcome the people, leaving them indifferent to their lives, their country, their planet and even their own future?

Looking back at 2018, I was struck by the absence of outrage over such serious issues as over 300 mass shootings in the US alone, over the forced separation of immigrant or asylum-seeking families arriving at out our borders and over the ever-increasing income and wealth inequality. What is even more baffling is that when protests do happen, they last maybe a day or two, are confronted with an overwhelming police presence and disappear like quicksand. The people quickly retreat into their homes, close their doors and leave others to it. In all fairness, it is rare that protests bring about any change. Government is unmoved by the people's voices, staying on their course of what is best either for their personal or for their parties' interests.

Point in case, the shootings at Sandy Hook and at Parkland were followed by the so-called 'Emergency Marches' or 'March for Our Lives' where hundreds of people joined in protest to current gun laws causing the epidemic mass shootings and to end the influence of the National Rifle association. It comes as no surprise that no significant changes in legislation have occurred! Government has become too big, too greedy, too corrupt, and too materialistic marches and protests are not the answer. Changes cannot be made at the top but must begin at the bottom. However, the problem with that concept is that those at the bottom are so preoccupied with their own survival, oftentimes working two or more jobs while their brains are numbed through the onslaught of media, drugs, and poor nutrition. How else could we explain that nobody seems to care that children are intentionally traumatized by practicing survival skills pretending they are being attacked and that their lives are at stake? The American approach to our national crises has become a further opportunity in selling more products. We need more guns to protect ourselves we need more products. Big business profits from creating both cause and presumed solution to our problems. A win-win approach!

We are seeing the same cause and effect approach in our current opioid epidemic. It has been caused by big drug companies' aggressive marketing campaigns. In return, they stand to gain from offering drugs intended to end the addictions they brought on. The food crisis on the other hand is much more subtle than that allowing it to fly under the radar of public scrutiny. It starts with the pharmaceutical companies' role in agriculture, specifically their pesticidal and herbicidal products that are intended to protect crops from invaders by killing them. Consequently, seeds have to be genetically modified to withstand toxins creating yet another guaranteed stream of revenue. The fruits and vegetables produced under toxic conditions have remnants of the poisons within them it cannot be otherwise resulting in increased rates of physical diseases. Livestock is raised faster and bigger through the use of hormones and antibiotics promoting genetic mutations and greater bacterial resistance. Further depletions of essential nutrients occur in processing procedures in an effort to produce more foods in less time feeding a growing global population. Therefore, chemicals and additives are used to imitate natural flavors, colors and to extend shelf life. Food has become a science. It is being engineered to create products whose sole intent is to sell more by hooking consumers on their taste and texture while leaving them hungrier, needier and filled with cravings after consumption. It's not about better nourishment, not about better health but about increasing corporations' 'stomach' shares of the food market. Like tobacco, the food and drug industries are all about hooking consumer faster.

The result is a comatose nation. America is drugged starting with the foods we eat, the drugs we take to offset the physical, emotional and mental discomforts we experience from our foods and from the stuff we fill our heads with as in social media feeds, online games and a life on the web. Our ever-increasing isolation causes further epidemics loneliness and increased suicide rates. The symptoms we are experiencing are those of malnourishment and starvation apathy, lethargy and laziness. Americans can no longer think, reason about or fight for bigger issues if they are driven by their own survival needs. Most have no more than $400 to their names, work more than one job, have no health insurance or money to cover basic healthcare needs. If we believe for just one moment that those people have the energy or ability to stand up to corporate and governmental abuses, we are sadly mistaken. They can't! That's why a bottom-up revolution will only come about if a few unaffected leaders bring greater awareness and understanding to the people. They will be met with great resistance as people don't like change, not to mention the attacks from those who stand to lose their power over the people.

The way to change this strange phenomenon is through greater awareness and awakening. Instead of learning battle survival techniques, children should be taught about proper nutrition for body and mind. Instead of submitting to the 'it is what it is' philosophy, people should make simple changes in their own lifestyles by choosing to connect face to face again, choosing to eat real food again and choosing to engage in life again, not watch others on their monitors.

Americans have been kept artificially poor in a rich country, have been kept broke and broken, ill and hooked fighting for mere survival. They have been preyed upon by both governmental and corporate greed. America has been brought to its knees by false beliefs and false ideals, signed away the rights of the individual to those of corporations, and made it all sound like that's what we all wanted in the name of capitalism and the pursuit of happiness.

We have reached a critical point in our evolution. We can all be extinguished like the dinosaurs, or we can make the necessary changes, on step at a time, one bite at a time and one less click at a time. The choice is ours and can be as simple as changing our habits.

Marina Shakour Haber is an author, coach and speaker whose life purpose is to open people's minds to the untapped wealth and abundance waiting to be discovered when they break away from restricting beliefs. She wrote Dream A Better Dream: Change (more...)
Related Topic(s): America; Apathy; Awakening; Awareness; Change; Drugs; Energy; Food; Food; Happiness; (more...) Health; Health; Isolation; Loneliness; Matter; Modernity; People; Philosophy; Philosophy; Power; Protest; Resistance; Shootings; Sound; Survival; Toxins; Wellbeing, Add Tags  (less...)
Add to My Group(s)
Go To Commenting
The views expressed herein are the sole responsibility of the author and do not necessarily reflect those of this website or its editors.