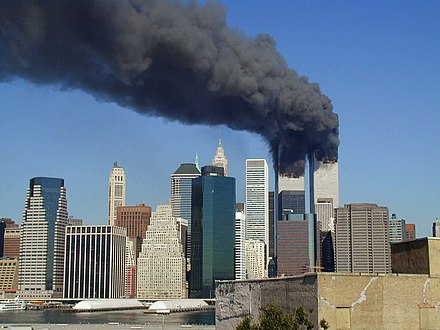 The 18th anniversary of 9/11 is over, but 9/11 isn't. September 11, 2001, is the defining event of America's 21st century. The neoconservatives used their false flag event to destroy the Bill of Rights and turn the American people over to a police state, and they used the New Pearl Harbor that they orchestrated to launch their wars of aggression in the Middle East for the purpose of reconstructing the Middle East in Israel's interest. The new American police state will become more oppressive as time goes by, and now that Israel has the bit in its teeth, the United States will likely be forced into a war that will result in nuclear Armageddon.

The evil inherent in Washington's attacks on Islamic countries has resulted in the intervention by other powerful countries who are threatened by the chaos that Washington has sowed for two decades in the Middle East. Russia for one intervened in Syria and stopped the neoconservative orchestrated overthrow of the Syrian government, thereby making the world aware that American unilateralism was over. This realization, together with the constant stream of lies and threats issuing from Washington, has undermined America's influence in the world and will lead to the breakup of Washington's empire.

Edward Curtin explains how the insouciant American people were set up in advance through a form of linguistic mind control to accept the utterly implausible official explanation of 9/11. Indeed, the term 9/11 is itself part of the mind control. Curtain disavows its use. I agree with him. We need a different way of naming the event. I am open to suggestions.

I found convincing Curtin's explanation of how language was used to set up the American people in advance to accept the official explanation of the defining event of 21st century America. I recommend it to you:

This article was posted last year but is still pertinent, so I am re-posting it.

Tuesday, September 11, 2001, was a non-teaching day for me. I was home when the phone rang at 9 A.M. It was my daughter, who was on a week's vacation with her future husband. "Turn on the TV," she said. "Why?" I asked. "Haven't you heard? A plane hit the World Trade Tower."

I turned the TV on and watched a plane crash into the Tower. I said, "They just showed a replay." She quickly corrected me, "No, that's another plane." And we talked as we watched in horror, learning that it was the South Tower this time. Sitting next to my daughter was my future son-in-law; he had not had a day off from work in a year. He had finally taken a week's vacation so they could go to Cape Cod. He worked on the 100th floor of the South Tower. By chance, he had escaped the death that claimed 176 of his co-workers.

That was my introduction to the attacks. Seventeen years have disappeared behind us, yet it seems like yesterday. And yet again, it seems like long, long ago.

Over the next few days, as the government and the media accused Osama bin Laden and 19 Arabs of being responsible for the attacks, I told a friend that what I was hearing wasn't believable; the official story was full of holes. I am a born and bred New Yorker with a long family history rooted in the NYC Fire and Police Departments, one grandfather having been the Deputy Chief of the Fire Department, the highest ranking uniformed firefighter, and the other a NYPD cop; a niece and her husband were NYPD detectives deeply involved in the response to that day's attacks. Hearing the absurd official explanations and the deaths of so many innocent people, including many hundreds of firefighters, cops, and emergency workers, I felt a suspicious rage. It was a reaction that I couldn't fully explain, but it set me on a search for the truth. I proceeded in fits and starts, but by the fall of 2004, with the help of the extraordinary work of David Ray Griffin, Michael Ruppert, and other early skeptics, I could articulate the reasons for my initial intuition. I set about creating and teaching a college course on what had come to be called 9/11.

But I no longer refer to the events of that day by those numbers. Let me explain why.

By 2004 I had enough solid evidence to convince me that the U.S. government's claims (and The 9/11 Commission Report) were fictitious. They seemed so blatantly false that I concluded the attacks were a deep-state intelligence operation whose purpose was to initiate a national state of emergency to justify wars of aggression, known euphemistically as "the war on terror." The sophistication of the attacks, and the lack of any proffered evidence for the government's claims, suggested that a great deal of planning had been involved.

Related Topic(s): 911 Disaster; Deception; Truth, Add Tags
Add to My Group(s)
Go To Commenting
The views expressed herein are the sole responsibility of the author and do not necessarily reflect those of this website or its editors.