I know. I'm a dreamer. Sort of a Network kind of dream, in which I'm going to shout as loud as I can, I'm not going to take this any more, and ask all you Progressives out there to join me because we can't just let this happen. At least not going out fighting.

I've been posting articles on Facebook about the Election Fraud and this was my dream, marshaling podcasters, an amateur team with a few prominent professionals, shouting out across Cyberspace about the Election Fraud, 24-7, never stopping, hundreds of podcasters volunteering a few hours a week to attack the DNC and its corruption. And so just a short while ago, I posted this message on Facebook: 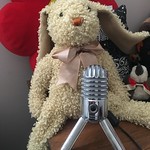 We need a 24-7 Marathon Podcast on Election Fraud. Will You Join?

Of course, some of us have more talent than others, and it would be great if we could enlist some professionals to be part of the team. But the most important thing is the desire to end the oppression and the control of our lives by autocrats who claim to represent us.

The time to strike is now. The country is locked up and people are available to listen. People have the time to contribute. It's an opportunity that has fallen into our laps so we need to act now.

We also need to be methodical and organized, so that we can create a compelling message, an organized program. I've been a writer for many years but I'm sure there are others who could contribute as much or more. Also, some of you might be better at promotion and getting the word out than actual podcasting. All media is game, from the smallest weeklies to the biggest dailies, to local radio and TV and the networks, and last but hardly least, through social media. I'm sure there are enterprising social media experts who would want to help. It is a huge task and it would need to be coordinated. But where there's a will, there's a way.

If you are interested in becoming part of this or know someone who might be, or have ideas on how this can be accomplished, please message me and we can go from there.

Tom Calarco is a national authority on the Underground Railroad, having written seven books about the legendary network. He also is the author of the fantasy novel, Hi-doh Hi-dee Ha-Ha. His involvement in the Bernie Sanders campaign has (more...)

Why I am Voting for Bernie

The Reincarnation of Saint Sanderson