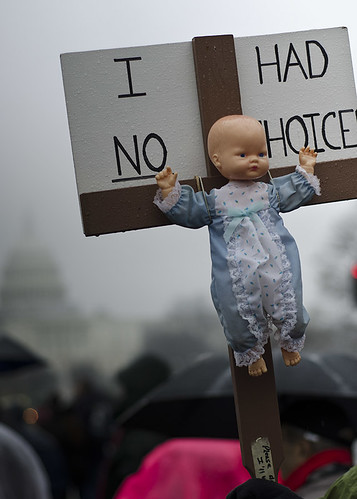 Texas SB 8, also known as the Texas Heartbeat Act, is based on a law enacted in 1933 in Nazi Germany and signed into effect in May 1933 by Chancellor Adolf Hitler Gesetz zur Anderung strafrechtlicher Vorschriften vom 26.Mai J933. Like the Texas law, the Nazi measure banned the advertising of abortions by doctors or hospitals. It also prohibited Aryan women from receiving abortions or being administered abortifacients, abortion-inducing substances, including herbal and prescription drugs.

A modified form of the Nazi law remains on the books in Germany Paragraph 219a of the Federal German Criminal Code, but after its amendment in 2019 it currently only prohibits the proactive advertising of abortion services by doctors and hospitals. However, they may now subtly list abortion services along with other procedures on their websites.

The Texas law goes beyond the Nazi abortion law in creating a system of citizen snitches and bounty hunters who can bring lawsuits against women seeking abortions, doctors, nurses, women's health clinicians, or anyone else involved in the counseling or administering of pregnancy terminations after six weeks.

In September 1933, the Nazi law prompted the Berlin Council of Physicians to warn its members that "proceedings will be taken against every evil-doer who dares to injure our sacred healthy race." The Nazi law did not extend to "Jewish embryos."

Considering the rapidly rising number of pro-Nazi elected Republican officials around the country, how long will it be before certain embryos and fetuses may be aborted, for example, those of African-Americans, Latinas, Muslims, and other ethnic and religious minorities?

The Nazis printed posters warning women of the following: "Pregnancy must not be interrupted. Beware of advice and intervention by unauthorized persons."

Himmler created the Reich Central Office for the Combating of Homosexuality and Abortion to monitor abortions. In Texas, the Republicans have outsourced such monitoring and surveillance to vigilante bounty hunters with the backing of the U.S. Supreme Court.

The Texas law provides no exemptions for cases of rape or incest and only narrowly defines what constitutes health risks to the mother in permitting abortions. Nazi Germany SS Reichsfuhrer Heinrich Himmler was more liberal than Texas Republicans in permitting abortions when doctors considered the health of the mother was in danger. Unlike Himmler, Texas Governor Greg Abbott, Lieutenant Governor Dan Patrick, and their fellow Republicans determine when the health of the mother is jeopardized by a continued pregnancy. Politicians, not doctors, decide when a mother may die after the point when a fetal heart beat is detected.

On March 9, 1943, in what should worry Americans in anti-abortion states, the Nazis added a sub-paragraph to the anti-abortion Paragraph 218 of the Criminal Code. Reichsgesetzblatt 1943. 1 mandated the death penalty for anyone performing abortions on German Aryan women, thus endangering the German Volk.

Arkansas, Florida, and other states are rushing to enact laws similar to that of Texas. In effect, Republicans, including Florida Governor Ron DeSantis, who is more protective of unborn fetuses than of children and others dying from Covid-19, want to place themselves to the right of Heinrich Himmler.

Related Topic(s): Abortion; Abortion Laws; Abortion Legislation; Abortion Protesters; Abortion Rights; Germany; Law; Law Enforcement; Nazism; Texas Politics; (more...) Women, Add Tags  (less...)
Add to My Group(s)
Go To Commenting
The views expressed herein are the sole responsibility of the author and do not necessarily reflect those of this website or its editors.