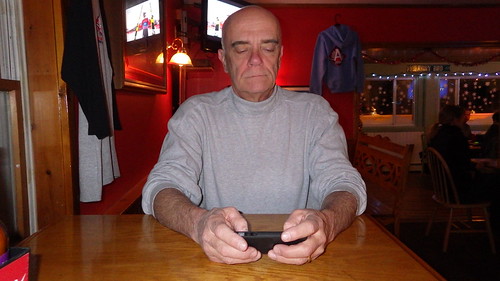 Ever since they were first marketed to the masses by freshly minted Silicon Valley millionaires, the internet and related technologies have been touted as augmentations of democratic free speech.

The now familiar narrative--recently repeated by Twilio's Voices for Democracy initiative--is undeniably appealing. What's not to like about a world where anyone with a laptop, tablet, or smartphone not only has unfiltered access to the Uncensored Truth but can also speak their minds without Big Brother intervening--and even speak their minds to Big Brother?

The only problem with this narrative is that it's wrong.

Actually, the bulk of the so-called information on the internet is hardly Truth. Rather, it's disseminated by businesses and hustlers with the goal of making a buck, and correspondingly distorted to further this pecuniary objective.

Everyone who has searched the internet for information about a health problem (which nowadays includes tens of millions of people) knows this to be true. While a few good, informative sites show up via a Google search (ironically many of them on government websites) by about the fourth or fifth hit, quack doctors peddling miracle cures and other hucksters begin to proliferate.

It's the same with most other internet searches. Want to research running shoes? Plan on navigating the sites of shoe sellers. Searching for a recipe? Expect to find some of the ingredients listed the proprietary products of the company that owns the website. Want to find a date? God help you traverse that gauntlet of money-grubbing scoundrels.

And there's real money to be made on the internet--$2.2 trillion a year in retail sales by last count. No wonder 14 million US small businesses have an internet presence, and no wonder WordPress reports that five times as many of its users are businesses as opposed to news and information sources.

What about the reverse--your right to say whatever you want online?

Well, if you're looking for a job or just want to keep your current job, you better think twice. Employers now routinely check the internet presence of job applicants, and are increasingly checking the internet postings of existing employees. Just as you wouldn't dare to put up a yard sign supporting a candidate running against your boss for a seat on the county commission, you better not post anything online that your boss or any prospective boss might disagree with.

Most pernicious of all are the public forums and discussion boards that pose as arenas of free speech but are in reality heavily censored by the businesses that operate them.

I have for example had reviews censored by both Trip Advisor and Amazon, while my comments are routinely censored by an online newspaper.

Trip Advisor refused to publish my review of a hotel because it included critical comments about the exploitative tourism practices in the area (criticisms that ironically the hotel owner agreed with). For Trip Advisor, my review was "too political." The only politics it wants are those that favor the tourism industry wherever and however it operates, since those are the politics that enable Trip Advisor to make money.

Amazon refused to publish a review I submitted of a third-party Birkenstock seller because I praised the seller for selling the sandals promised rather than fake imitations. Although it's common knowledge that Amazon has many third-party sellers of fake Birkenstocks, Amazon evidently doesn't want customer reviews that mention this, since it perceives this information to be bad for business.

The newspaper that censors me (and others) is a local right-wing rag that routinely eliminates all comments from the left. By doing this, it creates the illusion that all of its readers agree with its politics.

In each of these cases, the impression created is of free speech, while the reality is censorship.

Kenneth E. Morris is a former professor, drummer, and cook who expatriated to Costa Rica after the reelection of George W. Bush. His most recent books are "On American Freedom: A Critique of the Country's Core Value with a Reformg Agenda" (more...)

Related Topic(s): Amazon; Comment; Free Speech Censored; Free Speech Online; Information; Internet; Internet; Online; Technology; Technology; (more...) Tourism, Add Tags  (less...)
Add to My Group(s)
Go To Commenting
The views expressed herein are the sole responsibility of the author and do not necessarily reflect those of this website or its editors.

How Unequal Should US Incomes Be?