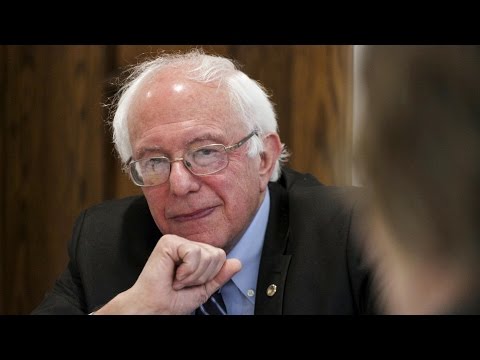 However you feel about democracy, it can't fix what's wrong with socialism.

In theory, modern representative democracy, unlike ancient Greek direct democracy, means that people vote for so-called representatives to fill various executive and legislative government offices. Those officials then enact and enforce rules that people are expected to obey under threat of fine and/or imprisonment.

In theory, socialism has mostly been understood as direct government economic planning through public, that is, state, ownership of the means of production. In no real sense can a public own meaning control factories, farms, etc. In reality public ownership means control by the collection of politicians and bureaucrats called the state. Thus, socialism until recently has been understood to entail abolition of private property, money, and markets. Competition, cooperation, and exchange give way to monopoly, command, and compliance.

(For the record, in the late 19th and early 20th centuries, socialism in some circles was an umbrella term for any "left-wing" alternative to [state or political] capitalism. Thus, some left individualist anarchist libertarians, such as Benjamin Tucker and his compatriots, embraced the term while joining with other nonstate socialists to oppose corporatism, or neo-mercantilism, the alliance of state and favored business interests. In a linguistically more perfect world, socialism would denote the opposite of statism. In that sense, market anarchism is socialism because the arena of decision-making is society -- the network of voluntary relations rather than the state the network of coerced relations.)

These days, at least in America, socialism no longer means only formal government ownership of the means of production and central planning. (It's useless to complain: like it or not, words move and always have.) By socialism, Bernie Sanders and his followers intend it to mean a much bigger welfare state: "free" medical care for all, higher education, etc. Sanders says his models are in Scandinavia, but those are not socialist countries; rather they are highly market-oriented welfare states. At least these days, Sanders does not propose to abolish private property and markets. He does propose, of course, to interfere with market relations through taxation and decrees such as minimum-wage legislation. He seeks not to abolish markets but to forcibly modify their outcomes more to his liking. (Not that he deserves praise for that.)

Socialism (in the older sense) and welfare-statism, along with other forms of interventionism, for all their similarities and common shortcomings, are not identical, as Ludwig von Mises noted. (For the common shortcomings, find a copy of Israel M. Kirzner's classic essay, "The Perils of Regulation: A Market Process Approach." Also see Kirzner's "Competition, Regulation, and the Market Process: An 'Austrian' Perspective.") For example, Medicare-for-all and free college would be better described as welfare-statist because, as envisioned, the government would not own all the hospitals and colleges or employ the doctors, nurses, and teachers. The services would be regulated by bureaucrats and paid for by the taxpayers whether they like it or not.

I hasten to add that the difference I'm alluding to between socialism and interventionism is not moral but economic and institutional. Whether politicians and bureaucrats direct our behavior directly though government ownership or indirectly through regulation of nominally private arrangements makes little difference morally. Either way, our rights and freedom are violated.

Leaving the distinction between socialism and interventionism aside for now, let's understand that socialism, however defined, would not have its intrinsic flaws eliminated by placing democratic in front of it, that is, by having officials elected. The reason is simple. If socialism were to have any chance of delivering on its extravagant promises, politicians, bureaucrats, and the public would have to know things that they could not possibly know. Here I invoke the rich critique of centralized power provided by Mises and F. A. Hayek.

Mises showed, beginning a century ago, that the abolition of markets which would necessarily include the elimination of authentic money prices would bring chaos because the prices generated by people's marginal decisions about scarce resources in markets are indispensable for economic calculation. Calculation is important because resources are scarce and we don't want to waste them. Prices, which contain vital information, guide action throughout society. Without them, no one could make smart economic decisions for himself, much less for an entire society.

Hayek emphasized that central planners necessarily would be ignorant not only of prices but of the scattered, incomplete, and ever-changing underlying knowledge about supply and demand, including subjective consumer tastes. Specifically, he showed that much of the information that generates prices is not explicitly known data even to the relevant actors; we all possess tacit knowledge that influences our actions when we face unanticipated alternatives between two or more goods or courses of action. Not only is it the case that central planners could not know this information; we could not convey it to them even if we had a timely way to do so. Economic planning without true prices is like flying in a fog without instruments. The choice is between free pricing (which requires private property, markets, and free exchange) or what Mises called "planned chaos."

Relevant to this discussion, Kirzner, in The Perils of Regulation, showed that a regulatory state would suffer from a similar "knowledge problem" as socialism. The regulators could not know what they would have to know to efficiently regulate an "economy" that accorded with the preferences of the individuals they ruled. Their ignorant interventions would distort prices, leaving the hampered economy less able to serve us. (In reality, there is no "economy"; there are only people who trade goods and services. We are the economy that demagogic politicians seek to regulate.)

So we ask: how could the knowledge problem be solved by democracy? As individuals, voters may know much about their own and their families' situations, but how much do they know about their neighbors', not to mention the rest of the country's. I am certainly not qualified to choose among candidates offering competing plans for how much steel, aluminum, etc. should be produced next year and at what price, what kind of cars should be manufactured, or how much wages should rise. Are you? Freed markets (unmolested by politicians) do this reasonably well. And unlike politicians, markets constantly correct for errors.

Clearly, democracy cannot fix the economic flaws of socialism or interventionism. It can't fix the moral flaws either. However you define socialism unless it's in the Tuckerite sense it must entail state interference with peaceful cooperative interaction. (I reject the bogus distinction between personal and economic activities, just as I reject the distinction between personal and economic liberty. What's more personal than our decisions about what to buy and sell?) Whether the intrusive government officials are elected or not makes no moral difference. Just as no autocrat ought to be able to tell me what peaceful actions I may and may not engage in, so no politician appointed by 50 percent plus one of voters ought to be able to tell me what I may and may not do.

Sheldon Richman is vice president of The Future of Freedom Foundation and editor of FFF's monthly journal,  Future of Freedom . For 15 years he was editor of The Freeman , published by the Foundation for Economic Education in (more...)
Related Topic(s): Capitalism; Chaos; Democracy Decay; Hayek; Politicians; Socialism; Socialism For The Rich, Add Tags
Add to My Group(s)
Go To Commenting
The views expressed herein are the sole responsibility of the author and do not necessarily reflect those of this website or its editors.