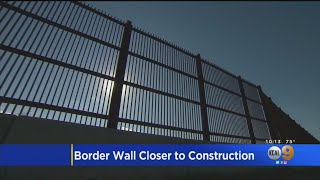 The United States Supreme Court yesterday granted the Trump administration's request to stay a lower court order postponing construction of the border wall with funds appropriated via the declaration of a national emergency.

The order is a major political victory for Trump, who can now begin construction of the barrier between the US and Mexico. It is the outcome of a recurring political process whereby the Democrats drop opposition to Trump's unprecedented and unpopular attacks on democratic rights and the courts ultimately rubber stamp his moves.

The order is a blow to the separation of powers, dramatically strengthening the power of the executive branch. In February, Trump declared a national emergency and usurped Congress' constitutionally mandated power to allocate funds. By ruling that Trump could show "a likelihood that irreparable harm will result from a denial of a stay [on the lower court order]... the court accepted the administration's argument that a massive wall is needed for "unforeseen military requirements," as Trump Solicitor General Noel Francisco argued in a legal motion.

The ruling comes as Trump steps up his fascistic attacks on immigrant workers. NBC News reported Thursday that soldiers are now guarding immigrant adults and children at a concentration camp in Donna, Texas.

"Despite past assurances from federal officials that the active-duty US troops deployed to the border would not be in direct contact with migrants or be used for law enforcement, the service members stand watch over the migrants," the NBC report reads. "The troops are perched on raised platforms throughout a large room where the migrants are held, according to the four officials."

Immigration detention centers more and more resemble prisoner of war camps. Moreover, the move is a violation of the democratic principle barring the use of the military as a posse comitatus to enforce domestic laws, a practice common in police state dictatorships.

The NBC report cited an anonymous former US defense official who said the military's actions are "probably a bridge too far." This development was buried in the news and ignored by the Democratic Party.

The Supreme Court ruling follows a May decision by a district court judge in California to grant a motion for a preliminary injunction filed by the American Civil Liberties Union, halting construction of the wall.

The government then appealed and asked the Ninth Circuit Court of Appeals to stay the district court's ruling pending the outcome of an appeal on the merits. The Ninth Circuit refused to grant the government's stay request, but the Supreme Court's order overturned this ruling. As a result, it is possible the government will rapidly build the border wall before the courts make a decision on the legality of the move.

Judge Trevor McFadden wrote, "Congress has several political arrows in its quiver to counter perceived threats to its sphere of power," including laws "to expressly restrict the transfer or spending of funds for a border wall." This argument, asserting that the president can effectively pass his own laws to allocate funds so long as Congress has not explicitly prohibited him from doing so, is a novel argument that effectively transfers the power to make laws to the executive branch.

Three of the Democratic nominees to the Supreme Court voted against yesterday's court order. One justice, Stephen Breyer, concurred in part with the order, ruling that he would allow the government to begin preparing to build the wall but not to begin actually building the wall itself.

Related Topic(s): Approval; Border Security; Supreme Court SCOTUS; Trump Against Democracy; Trump Border Wall; Trump Wall Against Mexico, Add Tags
Add to My Group(s)
Go To Commenting
The views expressed herein are the sole responsibility of the author and do not necessarily reflect those of this website or its editors.