Stephen Miller made quite an impression on the night show hosts with his Sunday declarations on the omnipotence of presidential power. What do you think? What can you dig up on this vile creature that crawled out of the dung heap?

Colbert characterized him, "I am commander Zod, purveyor of death. Kneel!"

Even before that I'd had my own thoughts about Miller, who, Wikipedia informs us, was already experienced with being a press person (read propagandist) for nutcases (Michelle Bachman) and fascists (Jeff Sessions,) great preparation for working with Trump. It made me think of his likeness to another noted PR flack/propagandist.

What do you think. Is there a likeness? Here's another image matchup that makes it clearer where I'm going.

I dug this up after putting together my collection of images. Sam Seder is thinking along the same lines.

RT @France4Hillary: QUIZ: Who said 'If you repeat a lie often enough it becomes accepted as truth,' Stephen Miller or Joseph Goebbels? http… at

But this is an open thread. I'm hoping that we'll find out a lot more about this gent in the comments. So, do some digging and add to the whole picture of who Stephen Miller is. 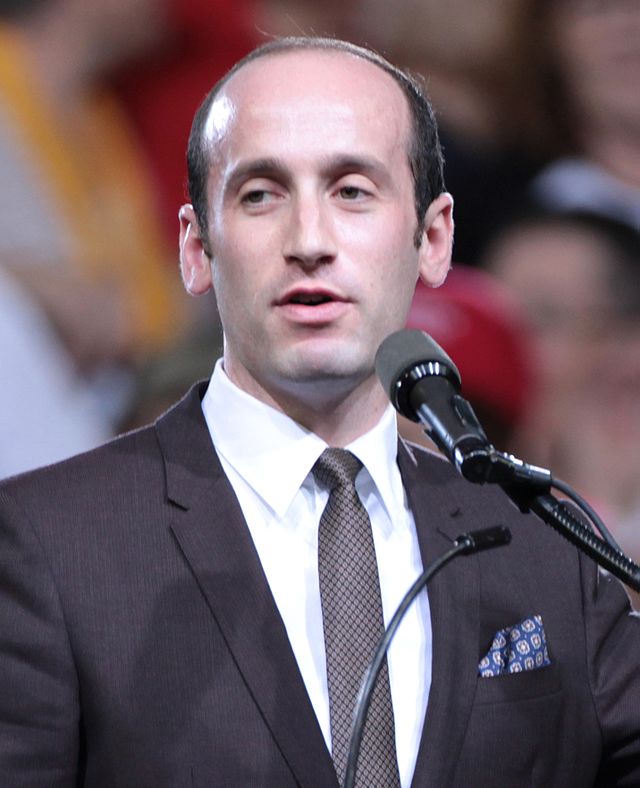 Related Topic(s): Joseph Goebbels; Stephen Miller, Add Tags
Add to My Group(s)
Go To Commenting
The views expressed herein are the sole responsibility of the author and do not necessarily reflect those of this website or its editors.