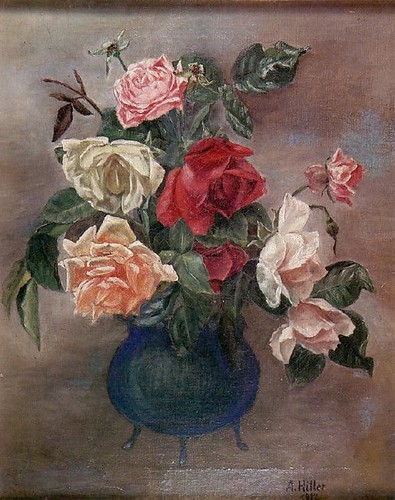 Stuck in the bunker all mental, pacing,

moustache blowing in the wind of his mind,

siegheiling his honeypot and gray hund

(could he tell the difference from behind?)

his mind was rough and ready and racing

back and forth went the master of the Bund

playing Russian roulette with his luger

Adolph, you ain't no Aryan Chosen!

Clipped paintbrush pasted under his Nase

Related Topic(s): Bunker; Down; Face; Fascist; Hitler; MEMORY; Memory; Nazis; Power, Add Tags
Add to My Group(s)
Go To Commenting
The views expressed herein are the sole responsibility of the author and do not necessarily reflect those of this website or its editors.