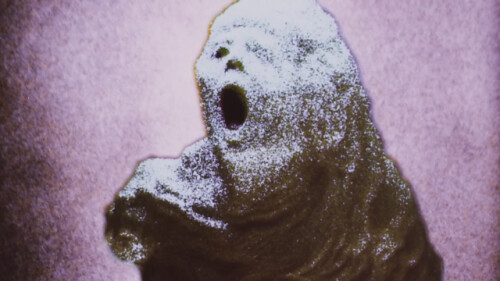 Sonnet: The Monsters of Formless Selves

O the monsters and their wanna bees and

actalikes are nestling up to Nessy

who's visiting from her lagoon. Messy

in their own legendary minds. Hunting

for light to stave off the valley of darkness

between their ears. They reveal the starkness

of our plight, the sound of black holes runting.

Voltaire said we'd have to invent a God,

some illusion to keep us all in line,

some old trick of mirrors we call divine,

to unspoil our childishness with a rod.

Still, there's something to be said for freedom,

so maybe, after all, we don't need Him.

Related Topic(s): Bees; Fire; Freedom; God; Monsters; Sound, Add Tags
Add to My Group(s)
Go To Commenting
The views expressed herein are the sole responsibility of the author and do not necessarily reflect those of this website or its editors.