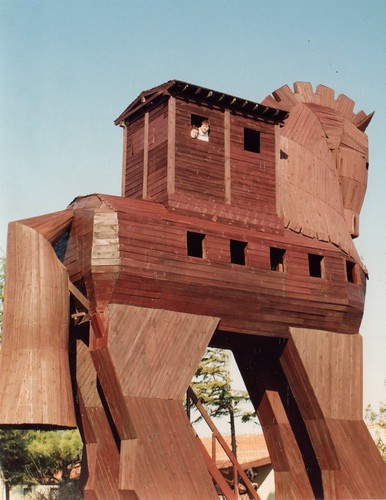 Sonnet: The Meaning of History

In the next iteration of our fires --

where men rip up men, cast their bones to pyres

in orgiastic rituals of pain --

there'll be no Helen, no swift ships to sea.

We'll say let them have her, beauty doesn't last

for some feminine ideal from the past?

The new horse will be shiny, inviting,

Air BnB will features its machine-

made precision, folks will smile, reciting

Homer's Iliad, and enact a scene.

when Achilles shows up in a zoot suit.

Related Topic(s): BEAUTY; Beauty; History; History Ancient; History Channel; History Commons; Homer; Horses; March; Meaning Of Life; (more...) Men, Add Tags  (less...)
Add to My Group(s)
Go To Commenting
The views expressed herein are the sole responsibility of the author and do not necessarily reflect those of this website or its editors.