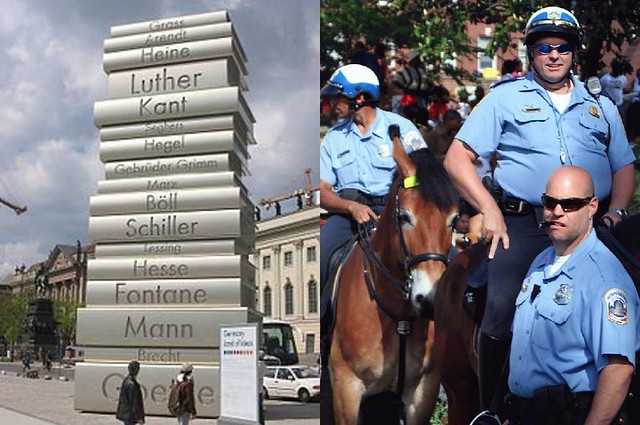 Sonnet: Ode to the Lefty Word Boys and Might-Is-Right Goons

We're a throw-away species in the end,

if we can't contain our doubts and desires,

rex tyrants amidst the smoke of oil fires

Animals and machines: Our past and future,

for which no circle of hell yet exists

to punish us for our hubris and twists --

that fantasizes that nothing matters

because, as Nietzsche said, Man's God is dead,

and brain-hackers are here, under the bed,

and flags everywhere are in tatters.

to suit the mad escapist and the goon.

Related Topic(s): Animals; Consciousness; Culture; Future; God; Hell; Hubris; Matter; Nietzsche; Oil, Add Tags
Add to My Group(s)
Go To Commenting
The views expressed herein are the sole responsibility of the author and do not necessarily reflect those of this website or its editors.